The last week in July I had some flexibility (or a lot) with my work schedule and I was burned out way beyond usual. I decided to take my own little vacation and escape to southern Virginia for two days. It was perfect!

I love history and the east coast is full of it! I knew I could go to Colonial Williamsburg and spend the day there, but I wanted to do some of the smaller "off-the-beaten path" kind of things. After some research on my favorite travel website, I decided to go to Historic Jamestowne (The National Parks run this site. The state of Virginia tries to be a copycat and make money by doing a similar museum called "Jamestown" just down the street from the actual location.

Anyway - this was incredible! Again, another gorgeous day to be outside. I arrived just in time to have enough time to tour the inside exhibits and make it to the one hour ranger led tour of the actual site. This guy was so cool! He was a great story teller and knew how to keep his audience's attention!

I took some pictures of what they have there. Most is a replica (since it's been a few years since the settlement!) 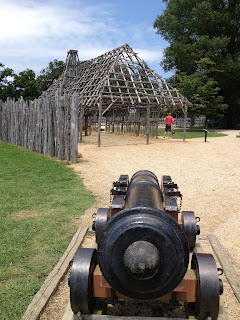 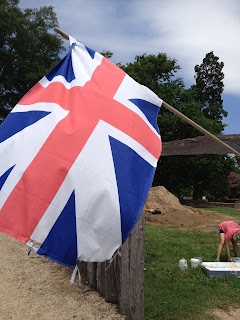 A British Flag, of course! 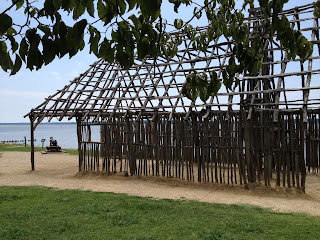 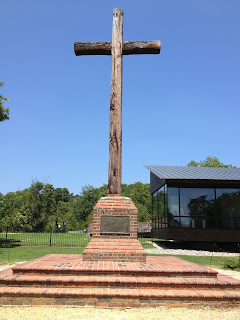 This cross sits almost right on the bank of the island. While I was there I learned of all the sacrifices the people made to establish the colony including giving up their own lives, starving, or simply any of the comforts from back home. They settled in such a swampy area and suffered some true hardships. I am grateful for them and what they did to pave the way for my "cush" and "free" life in America! 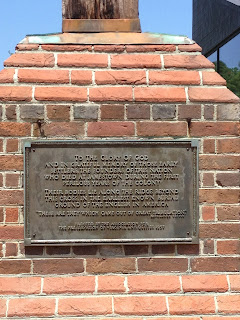 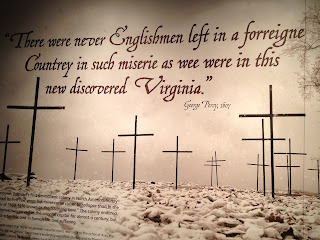 Did you know that the Disney movie "Pocohontas" isn't totally accurate? Yes, I was shocked as well. We learned the true story of John Smith and Pocohontas... and all others that were there at the time. But, John Smith definitely deserved this memorial in his honor! 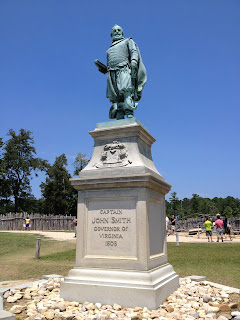 After my tour of Jamestowne I drive along the water and truly enjoyed the beauty of the area. I wish I had my bike instead and could have biked around! But, then I went to Williamsburg and fell in love with the town. It's mostly brick and just looks very nice and colonial even. I parked and walked around the beautiful William & Mary college which is the 2nd oldest college in the nation. Awesome! They have such a beautiful campus. I also stopped in the Wren building. It is the oldest college building in the United States and the oldest of the restored public buildings in Williamsburg. Very historic. And, they even still have classes in there for their current students! 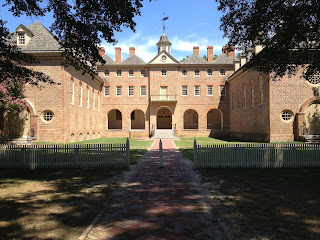 I spent the night in Newport News VA and enjoyed some time reading by the pool and relaxing. The hotel was awesome except that it seemed to be where many of the construction workers were also staying. More than once I got whistled at. They were desperate!

The next day was also beautiful! I went down to Norfolk because I have an obsession with the military right now. I love the TV show "Army Wives" and dream of being one :) So, I wanted a tour of the largest Navy base in America. It was impressive!!! But sadly I couldn't take pictures or they would have taken my phone! I just dream about what military life would be like. I don't want to be in the military, but I wouldn't mind being an officers wife :)

After the tour I drove in to downtown Norfolk to get some lunch and was glad I ran in to this statue. I believe it's called the "Homecoming" statue or something like that. But, I love how they just embrace each other. I can't even imagine what it would be like to worry about your loved one every day serving in some distant place, having that person miss out on the daily life and significant events, and becoming a single parent while they are away. I have so much respect, admiration and love for those who are in the military... and their families as well :) 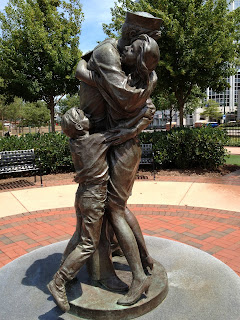 I am WAY behind on my blogging :) So, I will do some quick catch ups. The past few weeks have been busy but awesome!

A couple Saturdays ago I got to cross off another item on my bucket list! A trip to Chincoteague. Now, I had never heard of it until I moved to the area, but the town is perhaps best known for the Chincoteague Ponies, although these are not actually on the island of Chincoteague but on nearby Assateague Island. These ponies and the annual Pony Penning Day are the subject of  Marguerite Henry's 1947 children's book Misty of Chincoteague.

Therefore, my friend Misty was very excited to visit this island! The day we went was perfect weather! The drive was a bit long to get there with traffic, but we had lots of fun things to talk about :)

When we arrived, we immediately went to town and saw the statue of the famous horse! Pictures were a must! 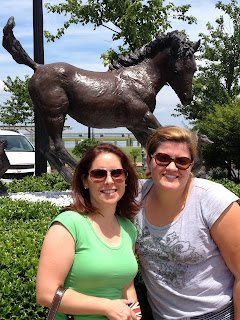 Miriam and Misty & Misty (the horse) 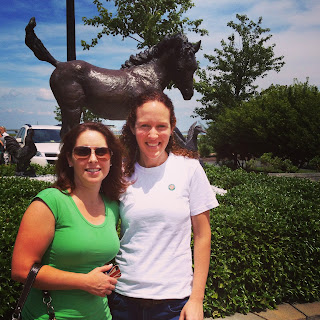 This town LOVES their horse and namesake!
As do many children who have read the book! 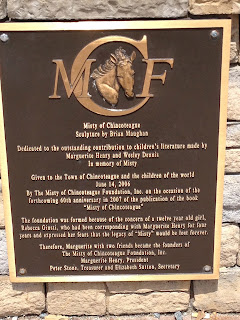 We walked around the town and enjoyed some of the beach-town shops, etc, but getting to the beach was high on our list! Even though we were only able to lie on the sand for an hour before leaving for our boat tour, it was an hour well spent. I was definitely in my happy place! 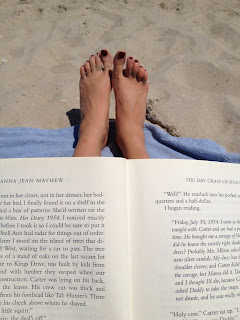 Our boat tour was fantastic! There were about 8 of us on it and our tour guide definitely knew his stuff! We got info about the island, the horses, their history, and anything else about the area. I really enjoyed it! 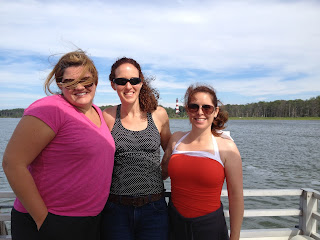 We got great views of the island and although we didn't see any horses, we did see a bald eagle! It was awesome to see how fly and land so close to us. And yes, slightly sad to not actually see a horse, but our tour guide had lots of pictures, and stories to curb our interest. 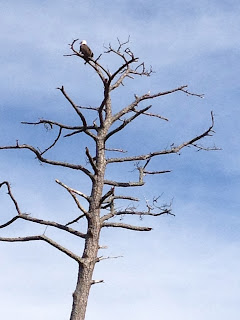 Such a beautiful day!
Learned a lot!
Fabulous boat ride!
Fun friends!
AND... one more item crossed off my bucket list :) 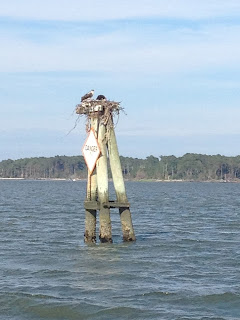