I've had plans for a while to go to NYC next weekend with a friend to visit another friend living there for the summer! Very excited for that.

BUT, last weekend I had the last-minute opportunity to go to The Big Apple as well... and everything just worked together in my favor in order for me to go, that I just couldn't pass it up!

After playing "mom" for most of the week while the kids' parents were in Paris, I was ready to leave them on Friday evening! I didn't realize how much I needed to get away until I was sitting next to Bekah as she drove us north on 95. It was fun to catch up on her fabulous life and I updated her on mine as well. We drove to her house in Pennington, NJ, where we were staying. It was dark, and pretty late, when we arrived but I got to meet her cute grandmother whom I love! She is 94 years old, but she's full of life and was fun to talk to!

I was exhausted, so I went to bed pretty quickly, but that then meant I was up early on Saturday morning. I thought I would take advantage of the opportunity and go for a run. Bekah and her dad had given me some suggestions on where to go, but I just took off and figured I wouldn't venture too far.

But, as soon as I got out there I was just in awe of how beautiful it was. The sun was just coming up and Pennington NJ is mostly... dare I say... farm country?! On my run I saw horses, cows, a few neighborhoods, a lake, AND a lot of green pastures with just a feeling of nature all around. I had to stop a few times and take pictures. 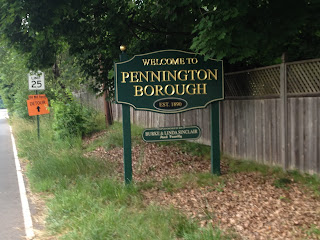 My first time in Pennington... and I LOVED it. 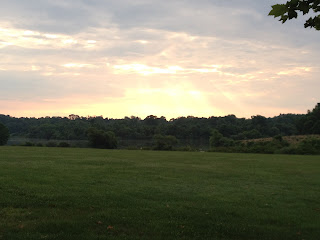 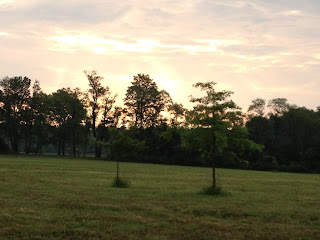 As many of you know, I REALLY don't like to run outside. But, maybe since I don't do it very often, I really LOVE it when I do! I just felt so much gratitude for my ability to run, my ipod and fun music, and for nature!

After I returned home, it was time to get ready for our adventure in the big city! We took the train in, and I was so glad I was with Bekah because I would not have been able to navigate NYC on my own as successful as she did!

We went to the church building at Lincoln Center where they were having a singles conference that day. We saw some friends from DC and went to three classes, which were actually much better than I expected. After lunch, I scooted out to meet up with a good friend from Boston, who now lives in NYC with her husband and two kids! Sarah Jensen Clayton!!! 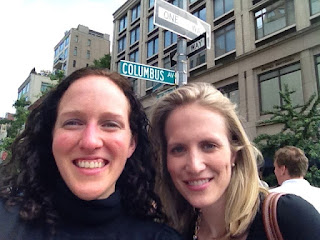 Sarah is still as fabulous as she always was and we had fun catching up. I hope that on my next visit to NYC I can meet her husband and two kids!

After we parted ways, I had plans to meet up with another friend who's living there for the summer. He had been at a museum on the other side of Central Park, so I got to walk through the park to see him. I'm always amazed at how much is in Central Park and how BIG it is! It was a beautiful day... so he and I set off for some of the places I wanted to see. Not all of the pictures below were taken by me... sad to say my phone was getting low on battery and I wanted to make sure it was still working for when I headed home later on...

One of my FAVORITE places in NYC is Rockefeller Center! Simply because that's where the TODAY show is filmed... and so Braden stuck it out with me while I peeked in the windows of the TODAY show studio and was in heaven! I've seen people standing in this very spot while I've been watching the TODAY show! So Exciting! 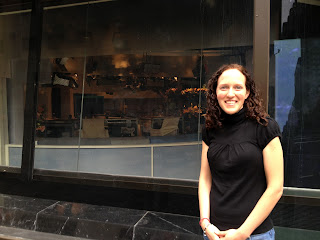 We also went inside the main building there and saw these A-mazing murals. Each told a story and we tried to figure each one out. There were so many symbols and stories being told. It was fascinating! 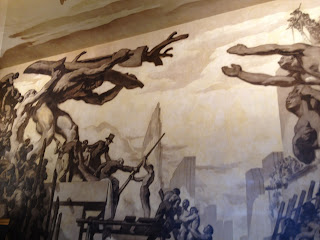 We also got some A-mazing macaroons at a store nearby. Oh my goodness - they were good!

Before going to Rockefeller Center we stopped by St. Patrick's Cathedral. A couple had just been married and were leaving. We were able to walk inside this beautiful church and look at the windows and intricate architecture. I learned that it was neo-gothic and the ground breaking was around 1850's. Very cool! 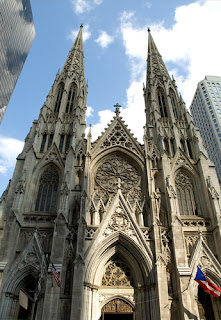 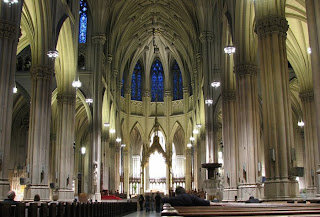 It was so big on the inside!
And, all I could think about was the couple that was just married inside... how would I feel about people continuously walking in and out of the church while I was getting married?! 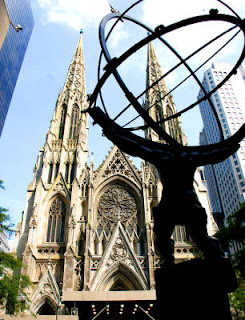 Another place we visited was the New York Public Library. Again, a building with such history and the inside was very cool as well! 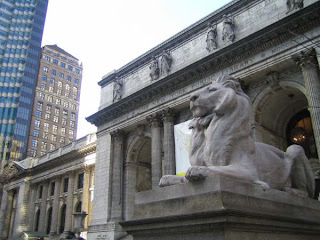 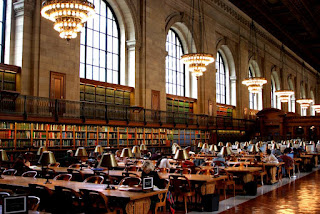 Would I be able to focus better if I studied in one of these rooms?
I think I would feel smarter if I did!

Most of our walk was down 5th avenue, and I just thought this APPLE store was so unique. Evidently you walk inside the glass doors and then go down the escalator to the store. Very cool! 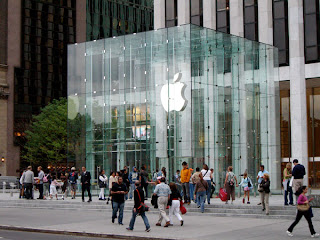 Our adventures also took us to Grand Central Station for dinner where we saw another unique Apple Store and then back to Penn Station. It was A LOT of fun and I am excited to go back in a few days!

New York isn't so scary and mammoth if you're there with people who actually know what they're doing... or they have very cool apps that help you find your way!
Posted by Cara at 5:02 PM