So, one of the major reasons why we chose to meet up in SF was because BYU was playing in a bowl game at AT&T park! We didn't even know who they were playing when we got the tickets. We just wanted to go to the game!

The game was in the evening, so in the morning we went to the Japanese Tea Garden at Golden Gate park! If you've never been to SF before, or this park, it's truly hard to imagine the size. Actually - it is 20% LARGER than central park in NYC! It's HUGE, but it is awesome. And, right in the heart of SF. So, we went to one area of the park that has this garden and two museums (a science and an art museum). We took a walking tour of the tea gardens, but the boys got bored (understandably so as it was geared towards adults). But, we did get some cool pictures there. 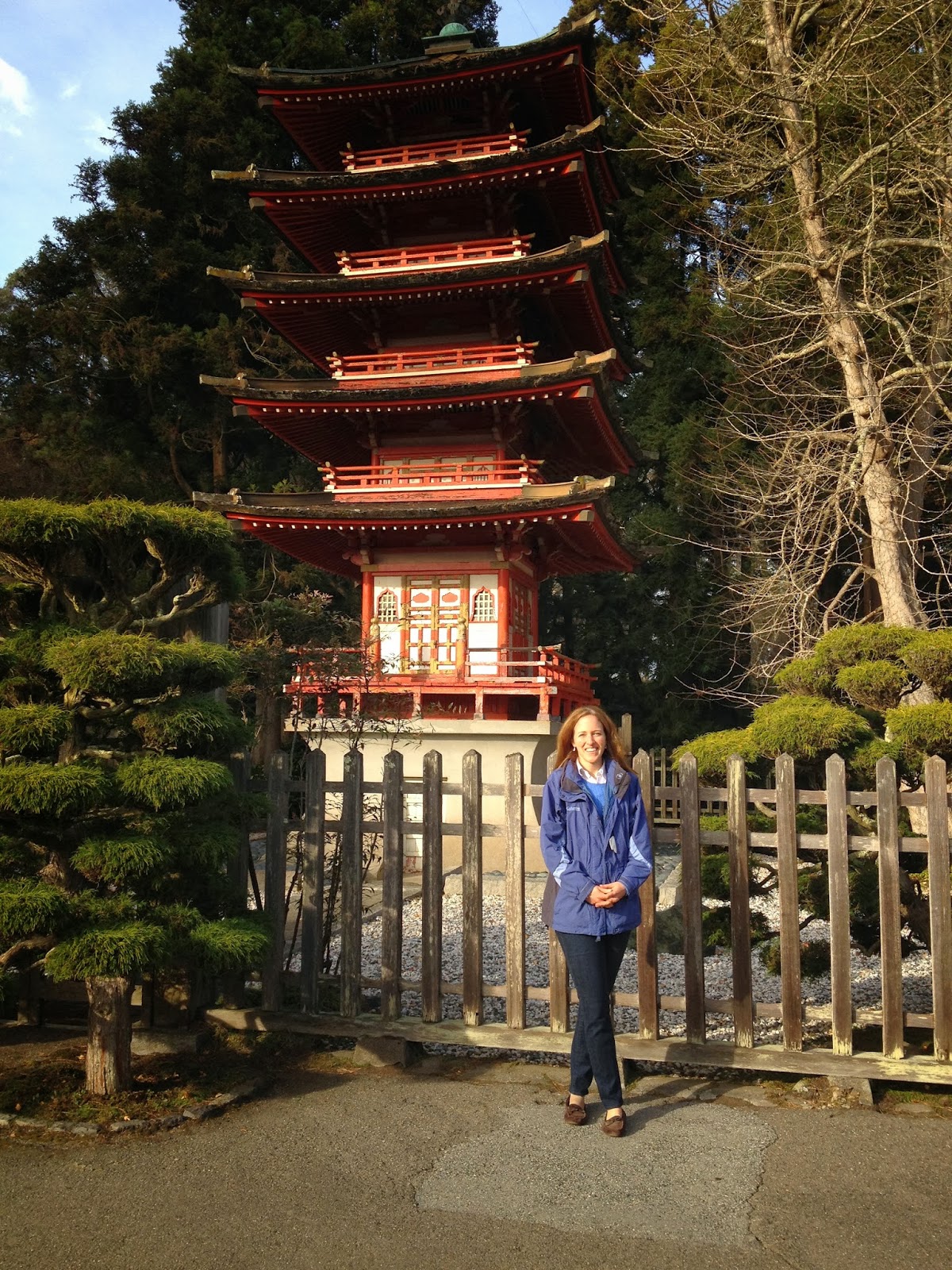 It was really pretty and peaceful 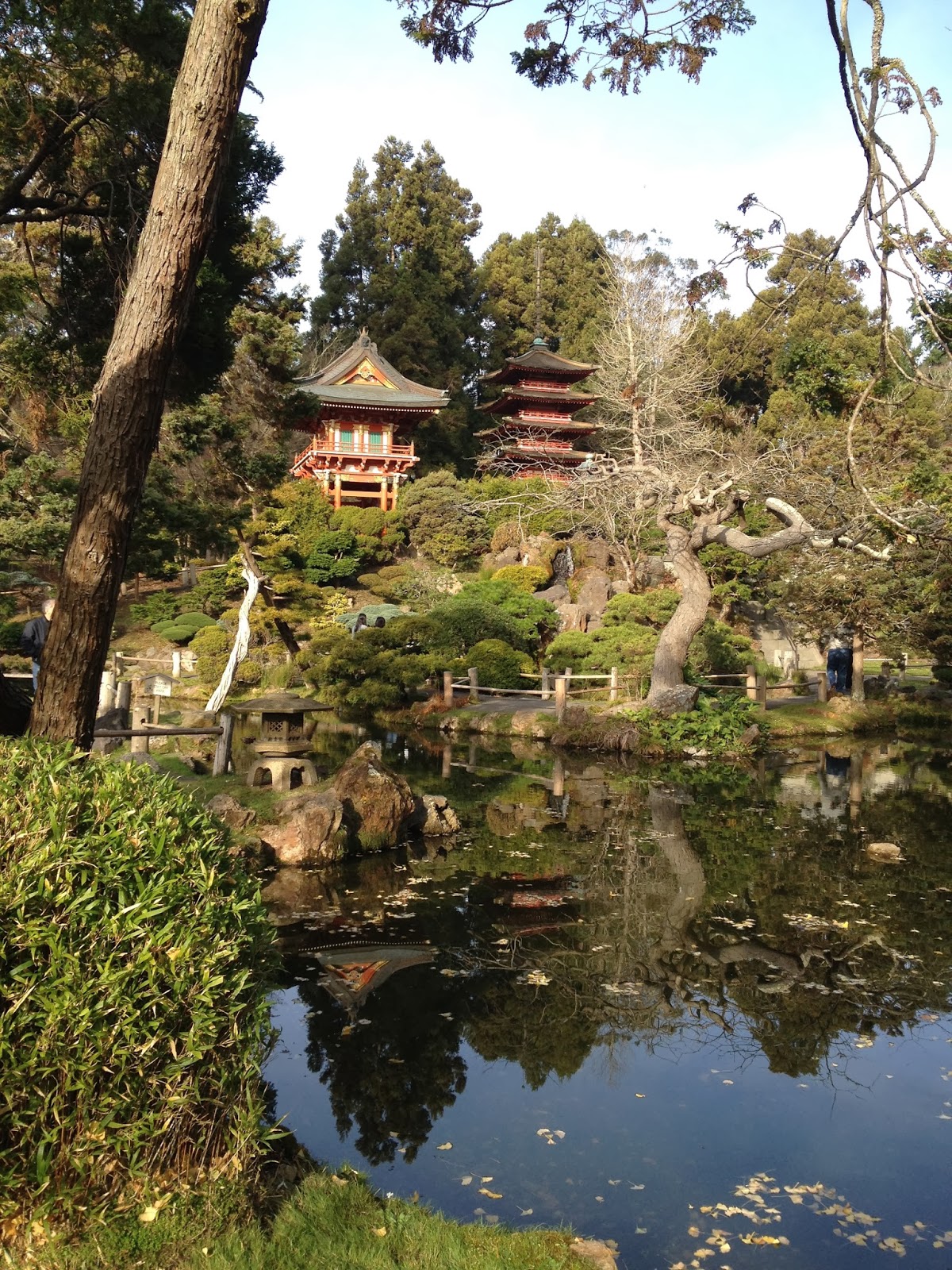 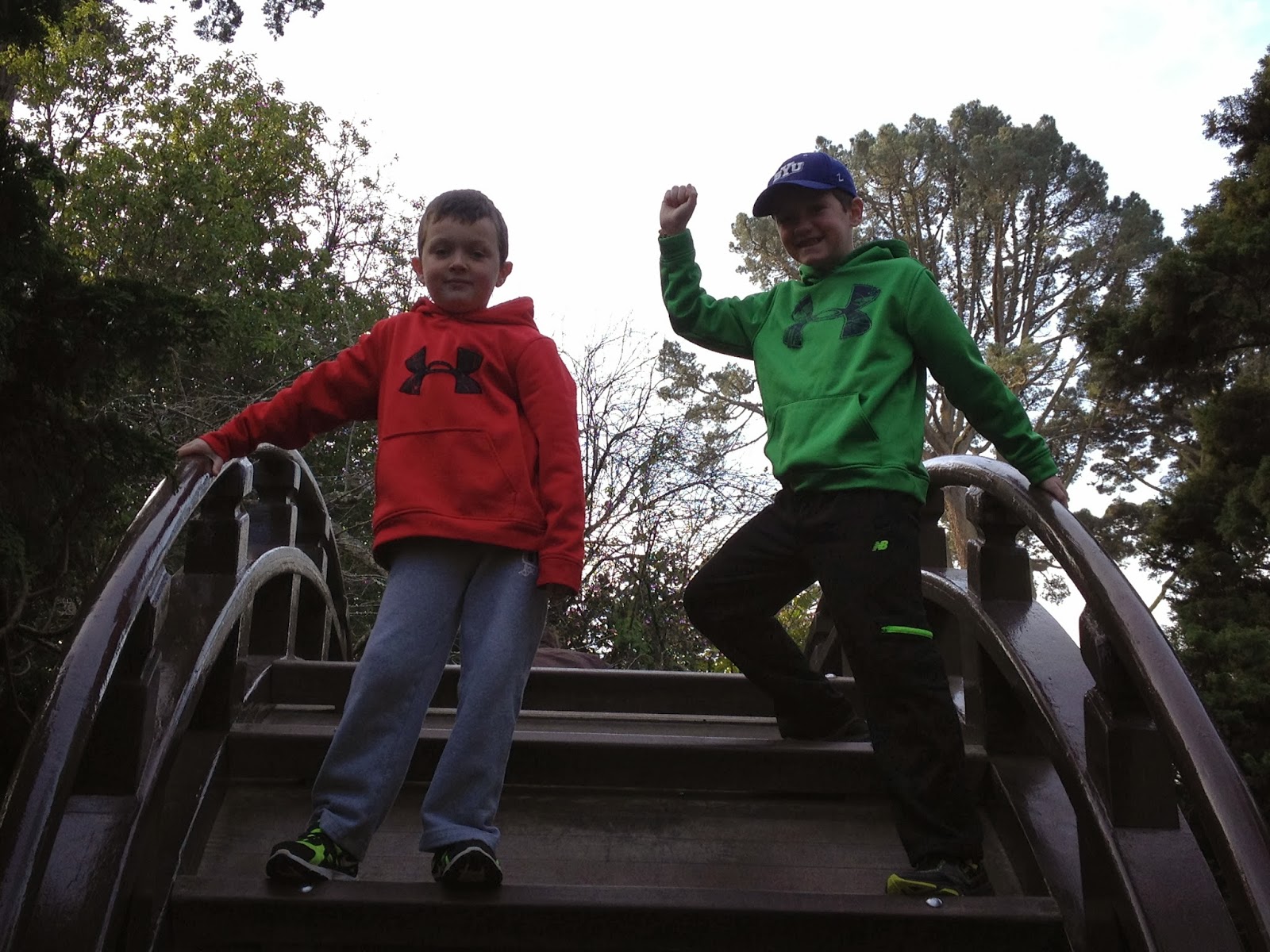 After leaving the tea garden, we walked over to the art museum. They had some great pieces of art and I enjoyed walking around. This one truly caught my eye as I love George Washington and this was ALL made out of bills! Pretty cool! 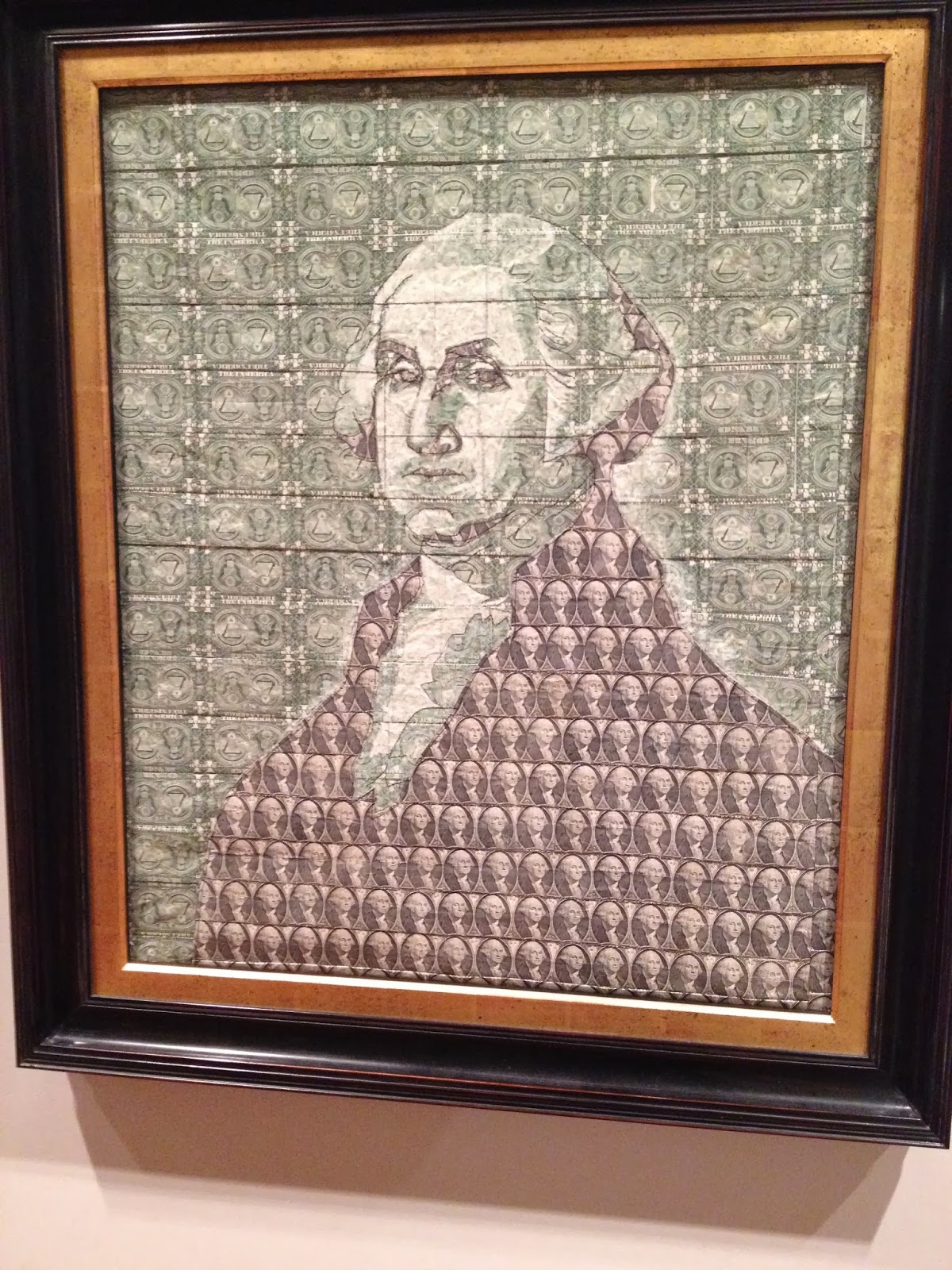 I also loved the number of people we saw walking around wearing some sort of BYU apparel. Made us very excited for the game later that evening!

Like I had mentioned, our apartment had a piano in and Riley played a bit for us!
He's getting pretty good! 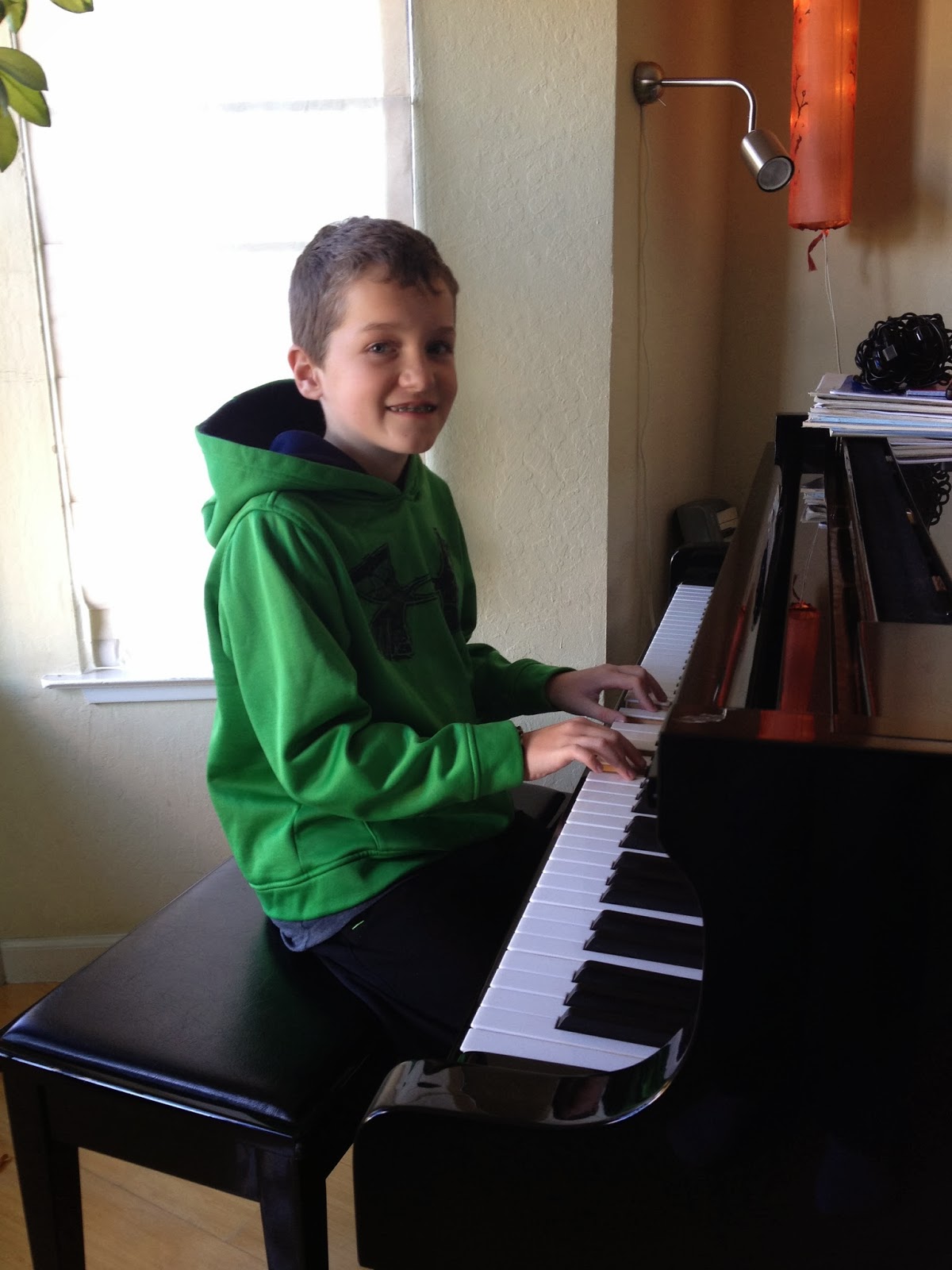 We all took a nap before the game. I usually can never sleep in the daytime, but I was OUT for more than an hour. My body needed it!

We were only about a 25 minute walk from the stadium, but were happy that the train was a few blocks from our apartment and took it in to the city. It was a double decker train. First time I had ever been on something like that! We noticed the sea of BYU clothing on the train. Kind of cool! 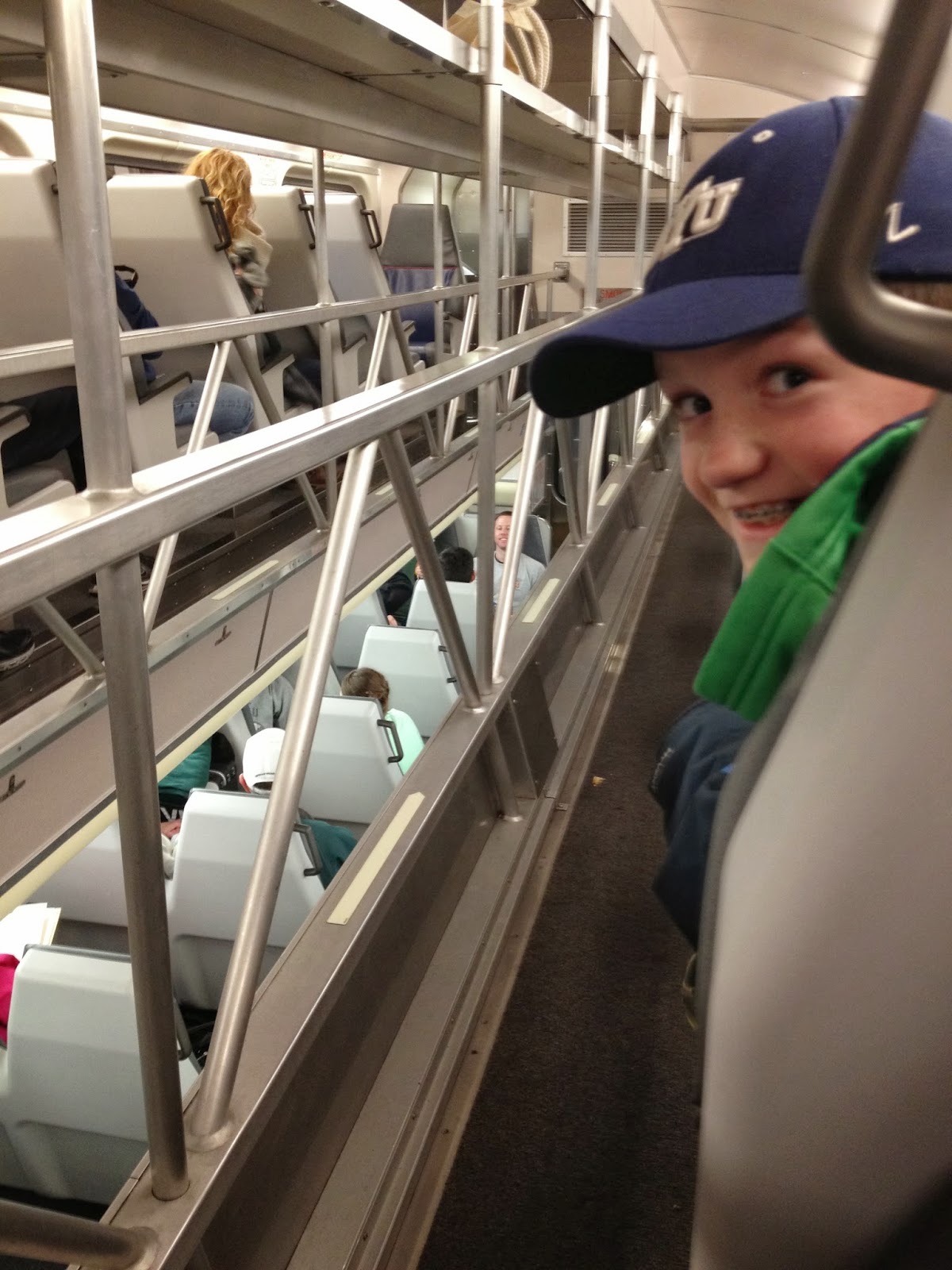 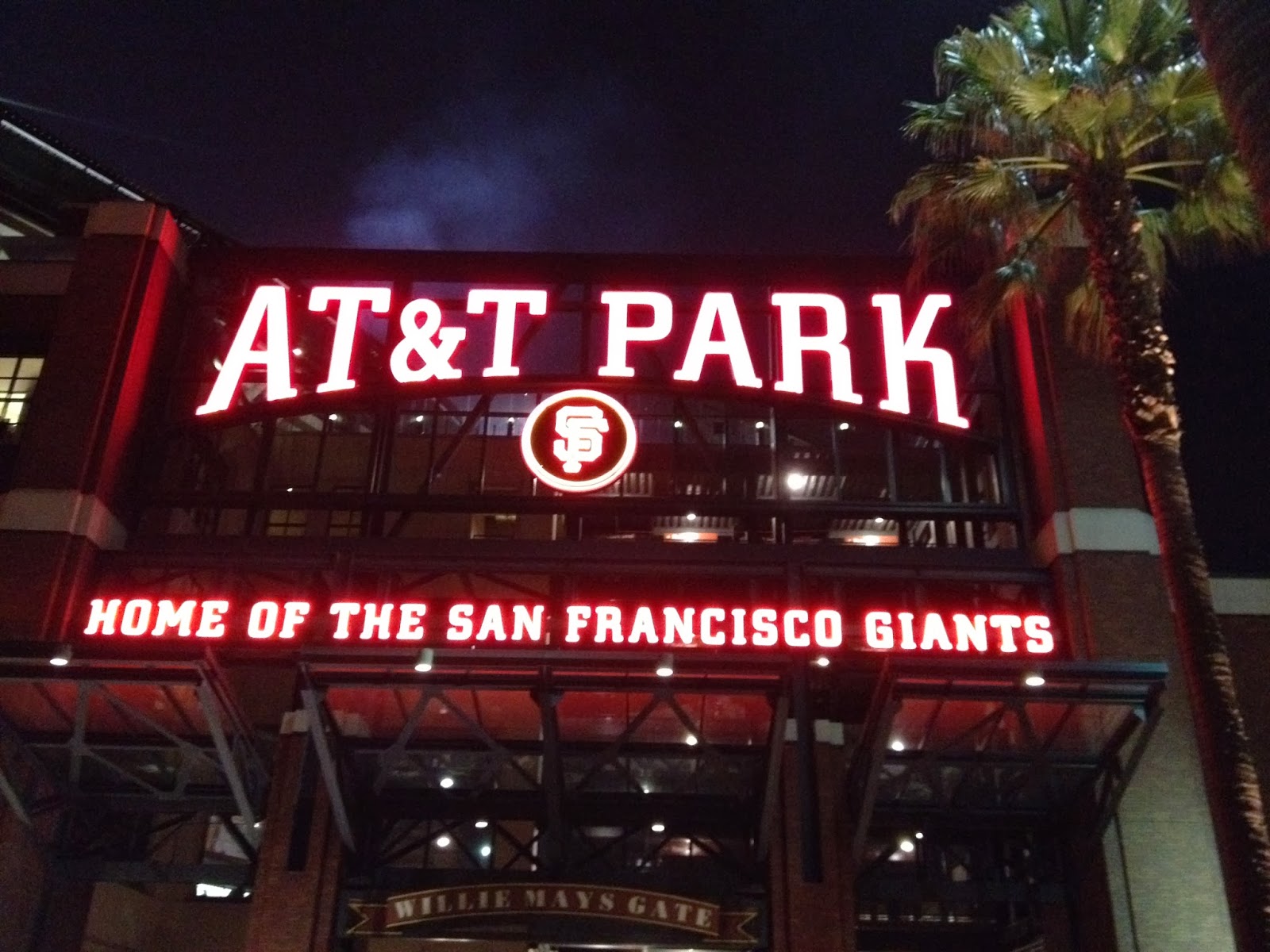 It was a baseball park converted in to a football field. Kind of interesting! We got there early so we got to see both bands perform/warm up on the field. We also HAD amazing seats! 3 in the 2nd row and 2 in the 11th row. The 11th row was actually a bit better because they weren't blocked by all the people on the teams lining the sides. But, still great seats! 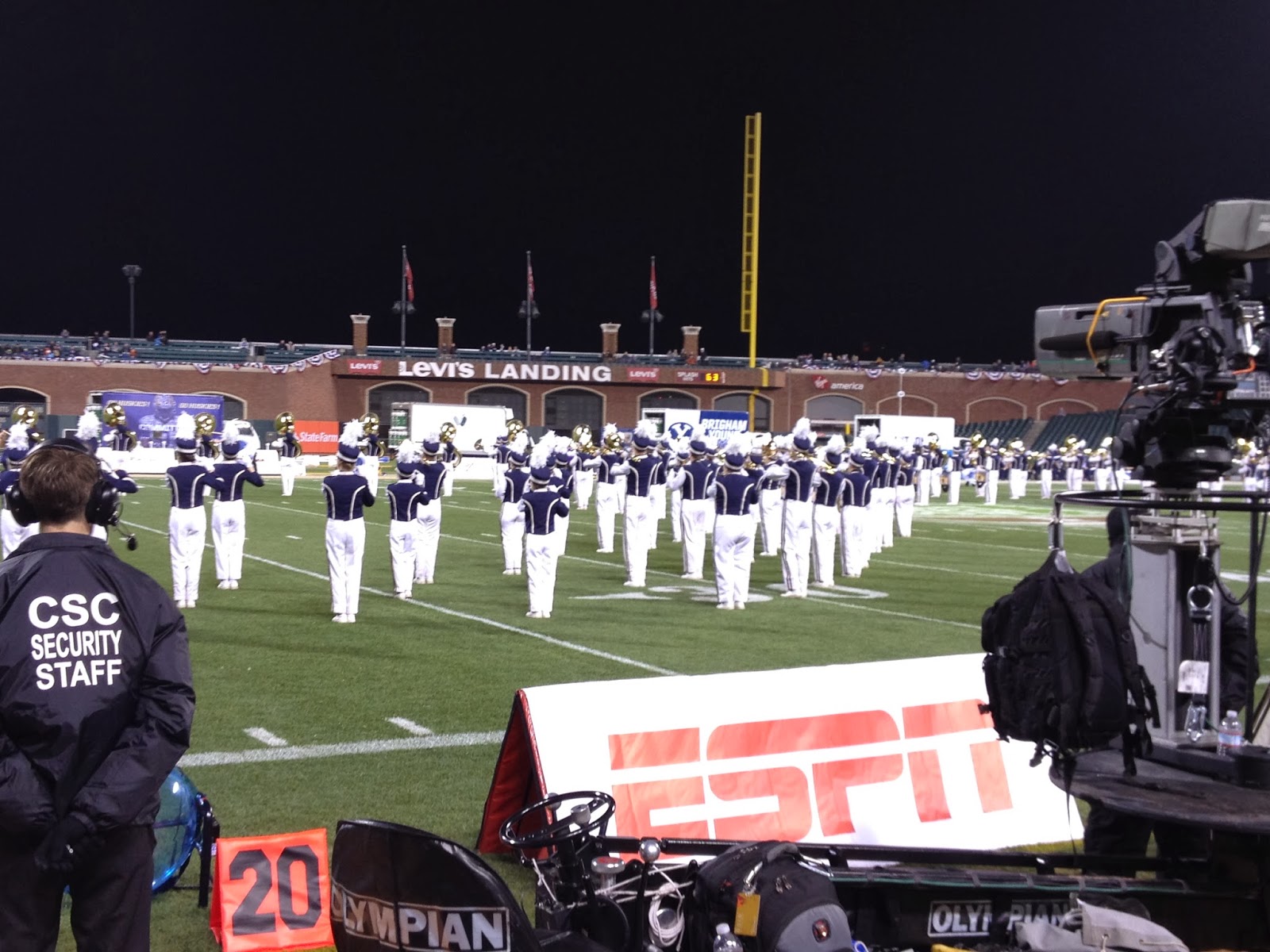 Another one of my FAVORITE pictures.
My fabulous sister-in-law and I! 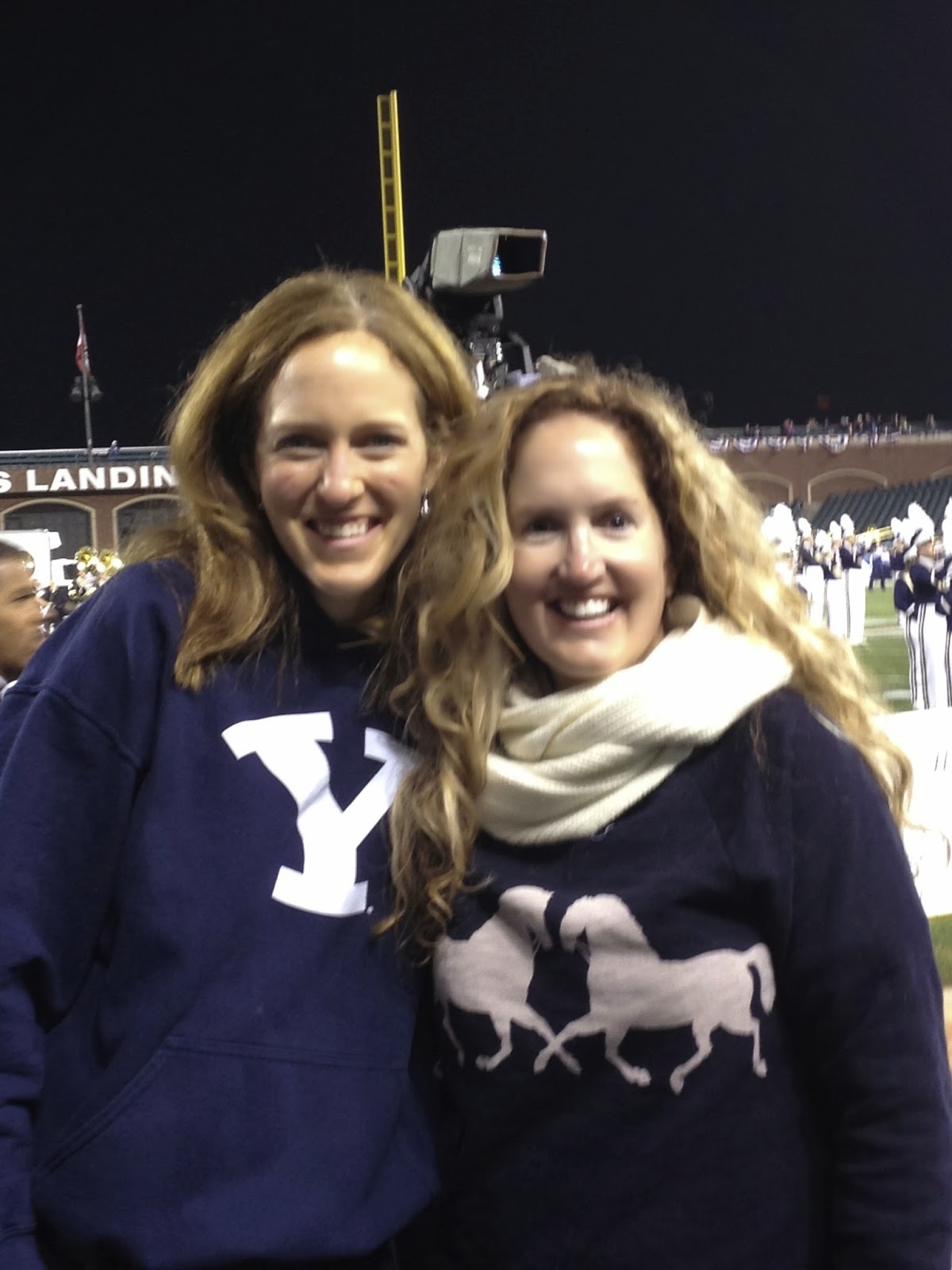 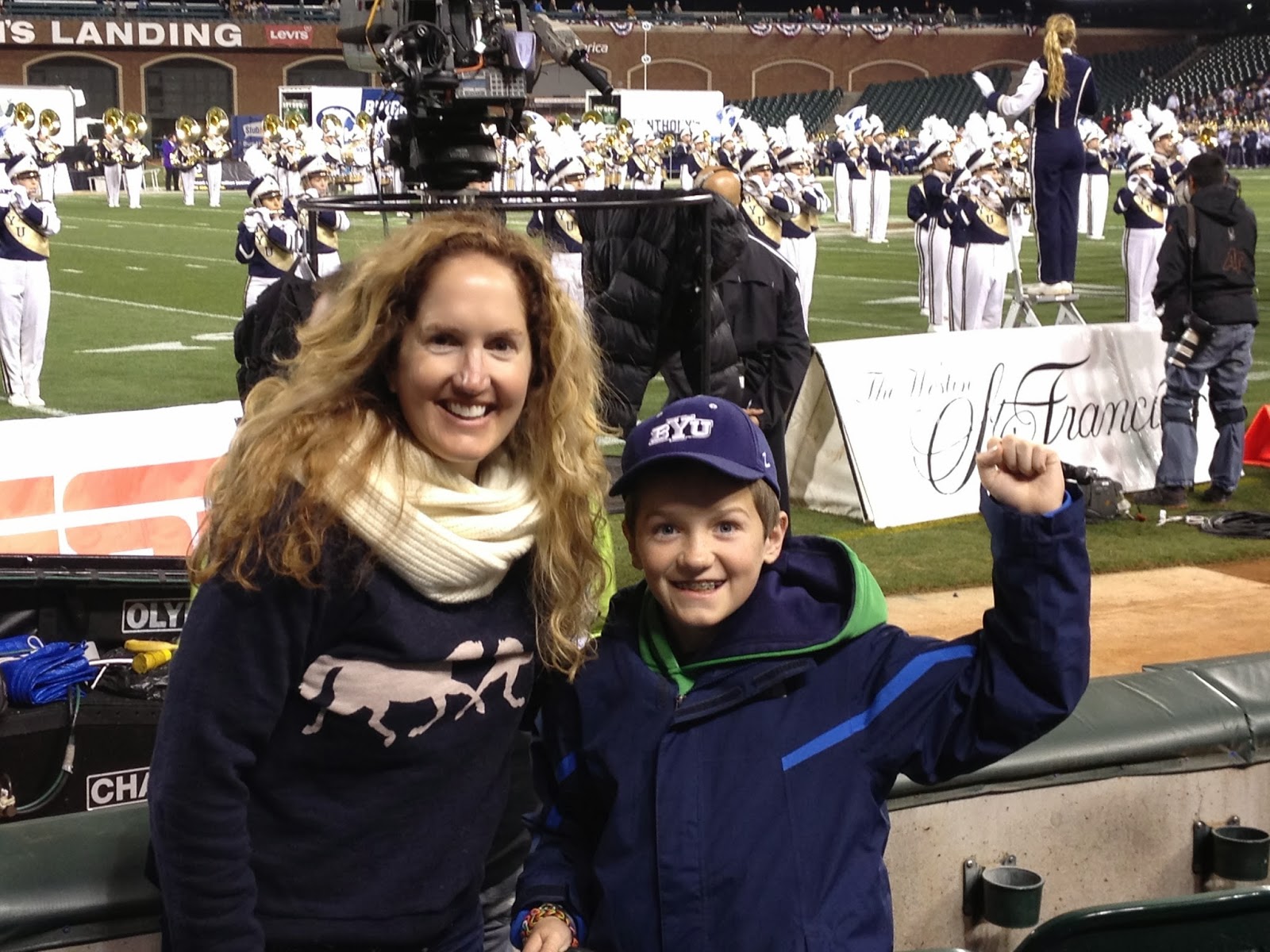 Rise & Shout the Cougars are OUT! 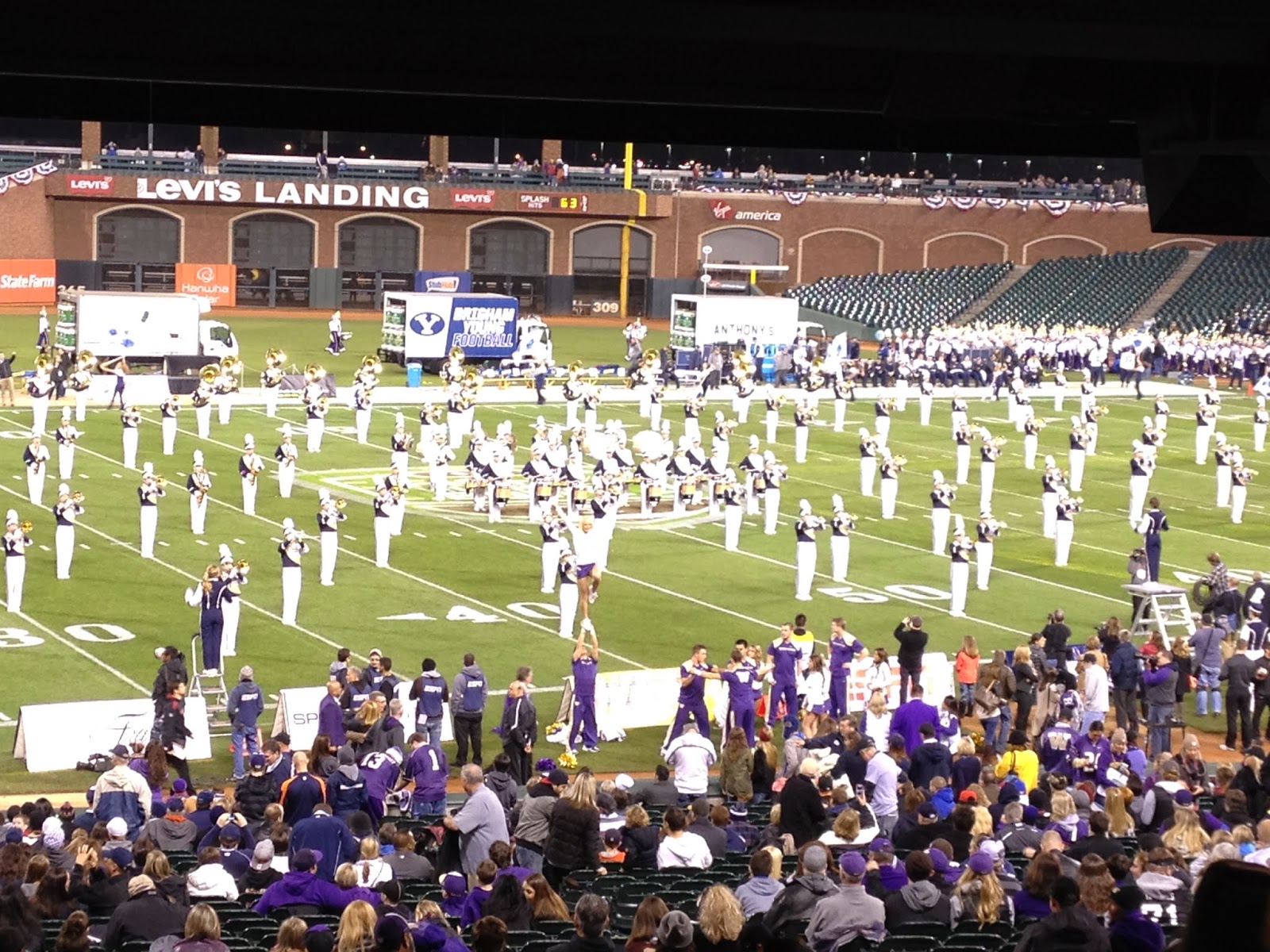 I thought this was hilarious. Given BYU was playing... and most fans are probably Mormon, alcohol was not going to be a big seller at the game. Hot chocolate was a MUCH better choice! 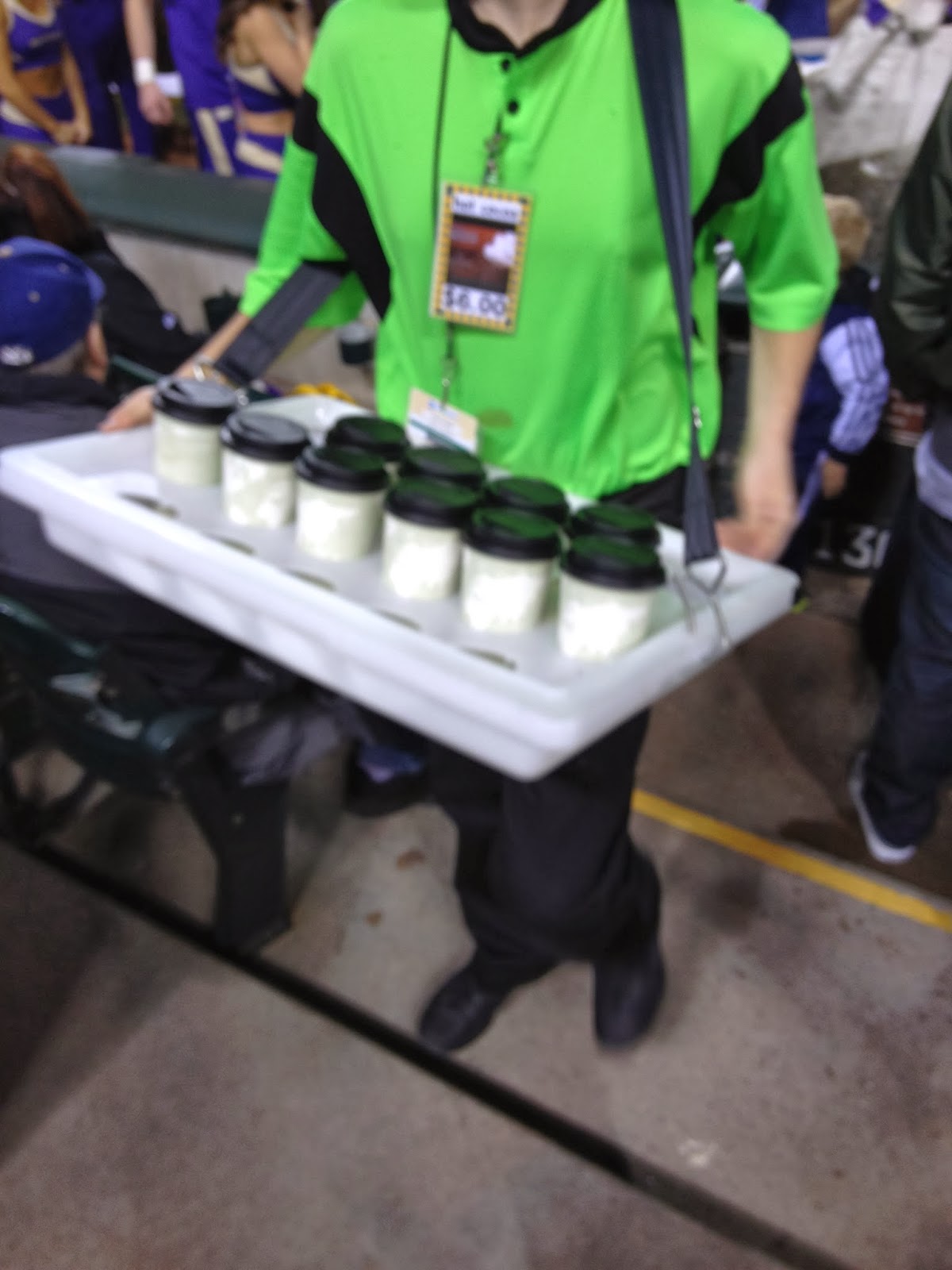 Somewhere in the 3rd quarter Cosmo came our direction!
We made sure to get pictures!!
I LOVE this picture!
BYU ended up loosing, but I was OK with that. I had so much fun being there, cheering them on, reliving my days as a student watching BYU play and spending time with Justin, Becca, Riley and Jace. It was fantastic!
Posted by Cara at 4:46 PM