On Christmas day, I woke up in my own apartment and had a nice relaxing morning going through holiday cards and opening some more gifts from family and friends. I also packed because in the late afternoon I boarded a flight to San Fransisco!! By the way - I flew Virgin Airways and if I EVER get the chance to fly them again, I will in a heartbeat. Such a GREAT airline!

I arrived in SF late at night (esp since I was on East Coast time). I went to get our rental car, navigated my way to the apartment we were renting, and then drove around for a bit more before going back to pick up Justin, Becca and the boys from the airport! A happy reunion, but it was like 1 AM for me, so I was exhausted! We drove back to the apartment and I crashed!

I wanted to do my best to stay on East Coast time as much as possible, so I would try and wake myself up around 5 AM (which was 8 AM east coast time). I just didn't want to have major jet lag when I got back because I know I'd have early mornings with work. So, I usually had time to read/exercise before Justin and family were up. It was nice!

Our apartment was really nice. It felt very homey and comfortable. We had two bedrooms/two bathrooms and it also had a balcony up top where we could go too!

Thursday we decided to see the Golden Gate Bridge and then head north to Muir Woods... and then see where the road took us :) It was a BEAUTIFUL day every day we were there. Never about 65 or so. It did get a bit chilly at night, but better than cold, cold CO and DC!

Golden Gate park was really nice. We enjoyed walking around and snapping some pictures.  It was right on the water and the views were so pretty! 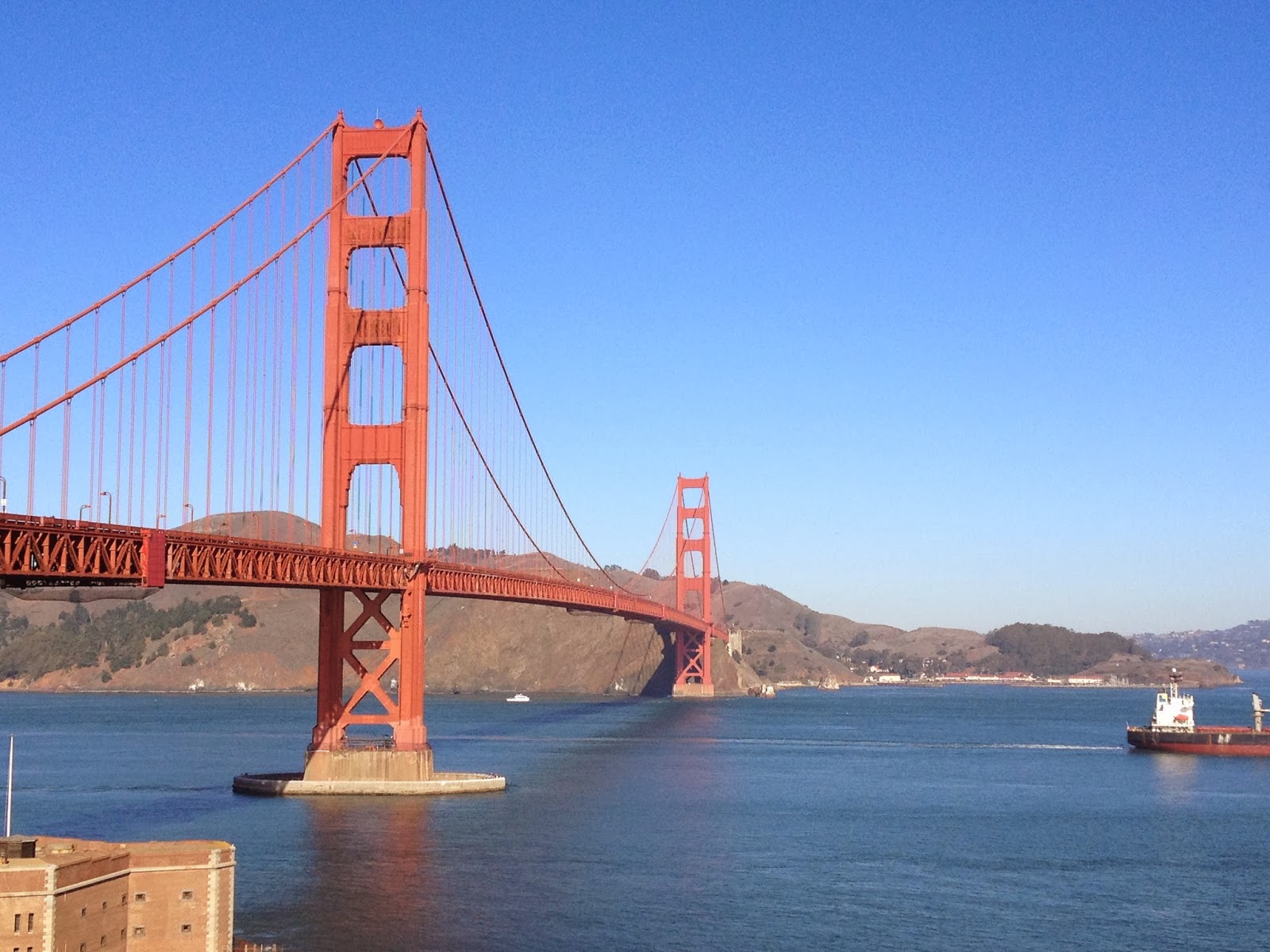 This is the view from the bridge to Alcatraz 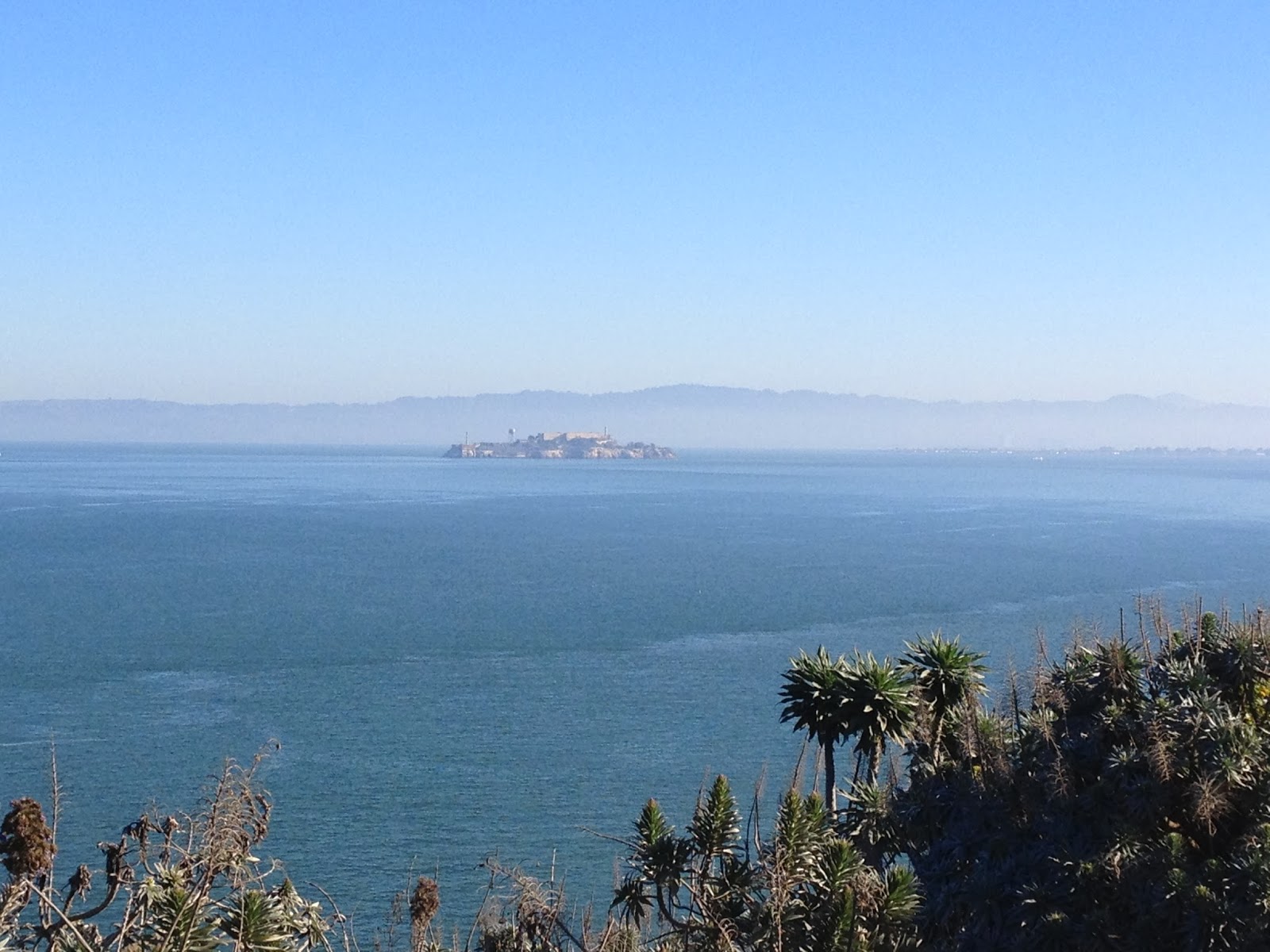 The boys climbing one of the rocks in the park by the bridge
Then we drove across the famous bridge and headed up to Muir Woods. They said parking was crazy up there so we parked a few miles away and took a shuttle. Wow - I don't get motion sick, but even I was a bit queasy after getting off the bus. It was a lot of switchbacks. Sadly, my nephew does get really motion sick, so this was not fun for him at all. It was a pretty drive though!

Muir Woods was INCREDIBLE!! It was prob a 3 mile loop we walked and it just got better and better. It was incredible how big the Redwood trees were! I love this picture because it makes me look really skinny and tiny compared to the big redwoods! 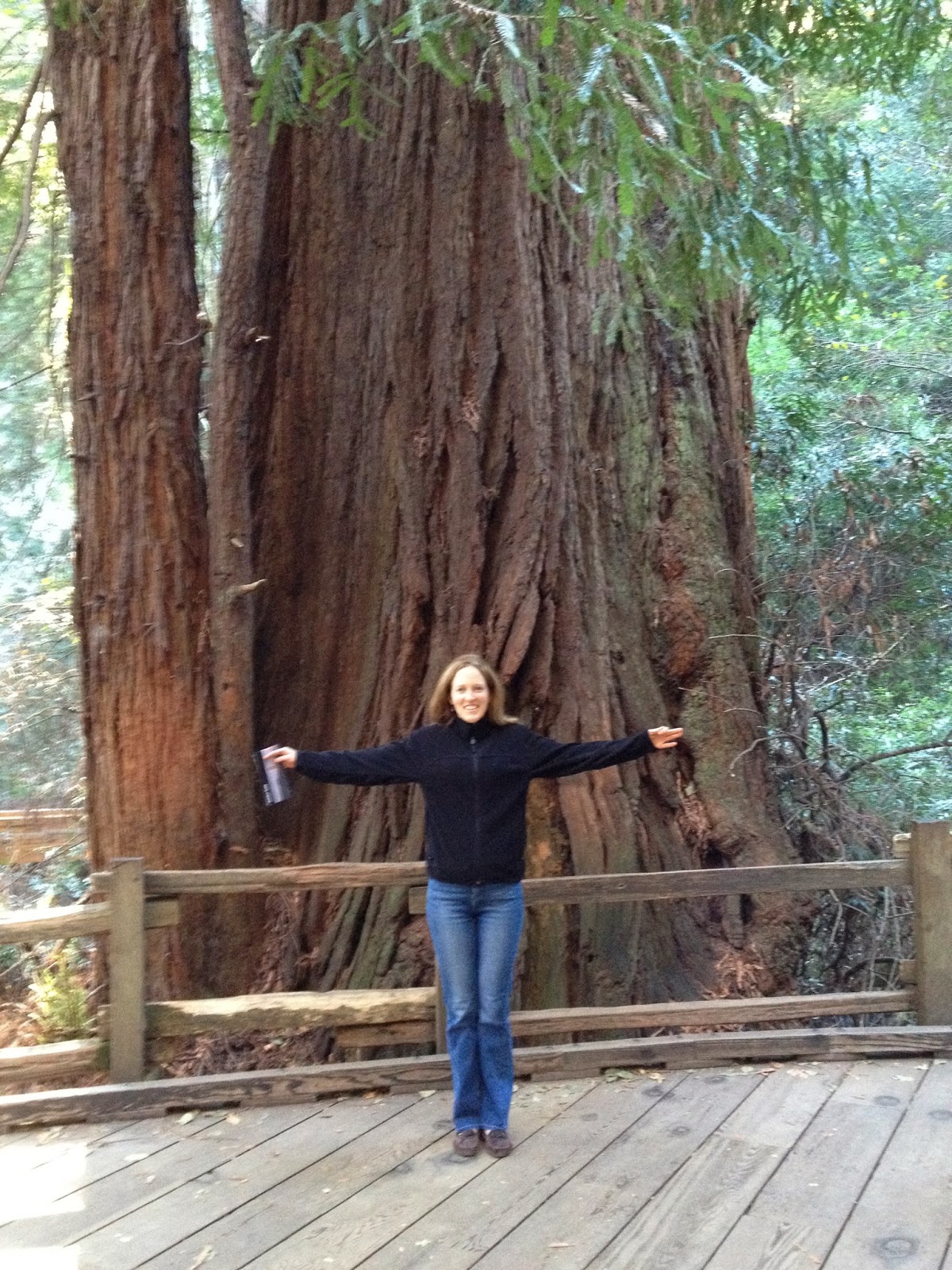 The sun shining through the trees was awesome. It reminded me a lot of the Sacred Grove... the times I've walked through there and it's been so peaceful and then you see these streaks of light shine through from above. LOVE it! 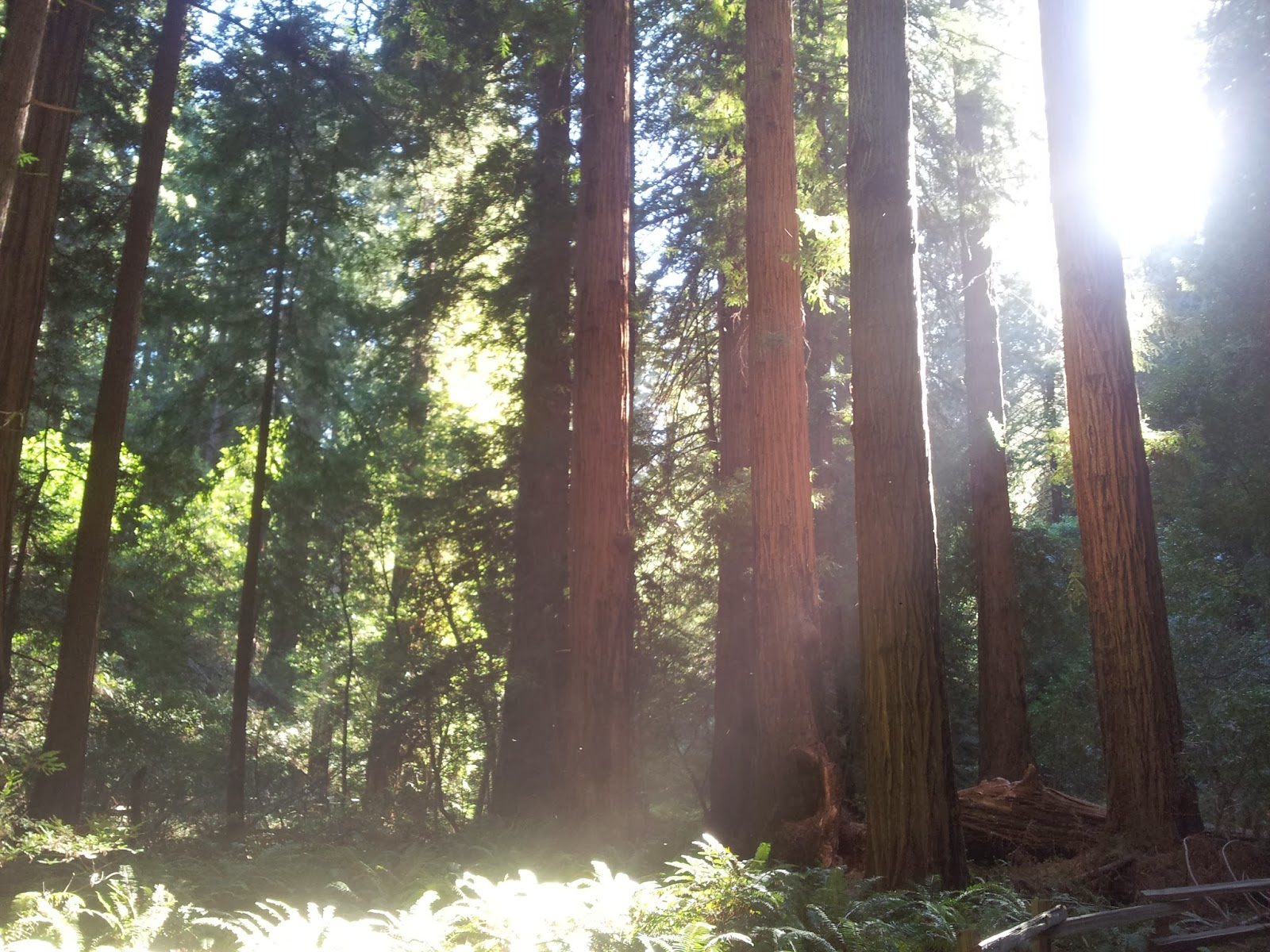 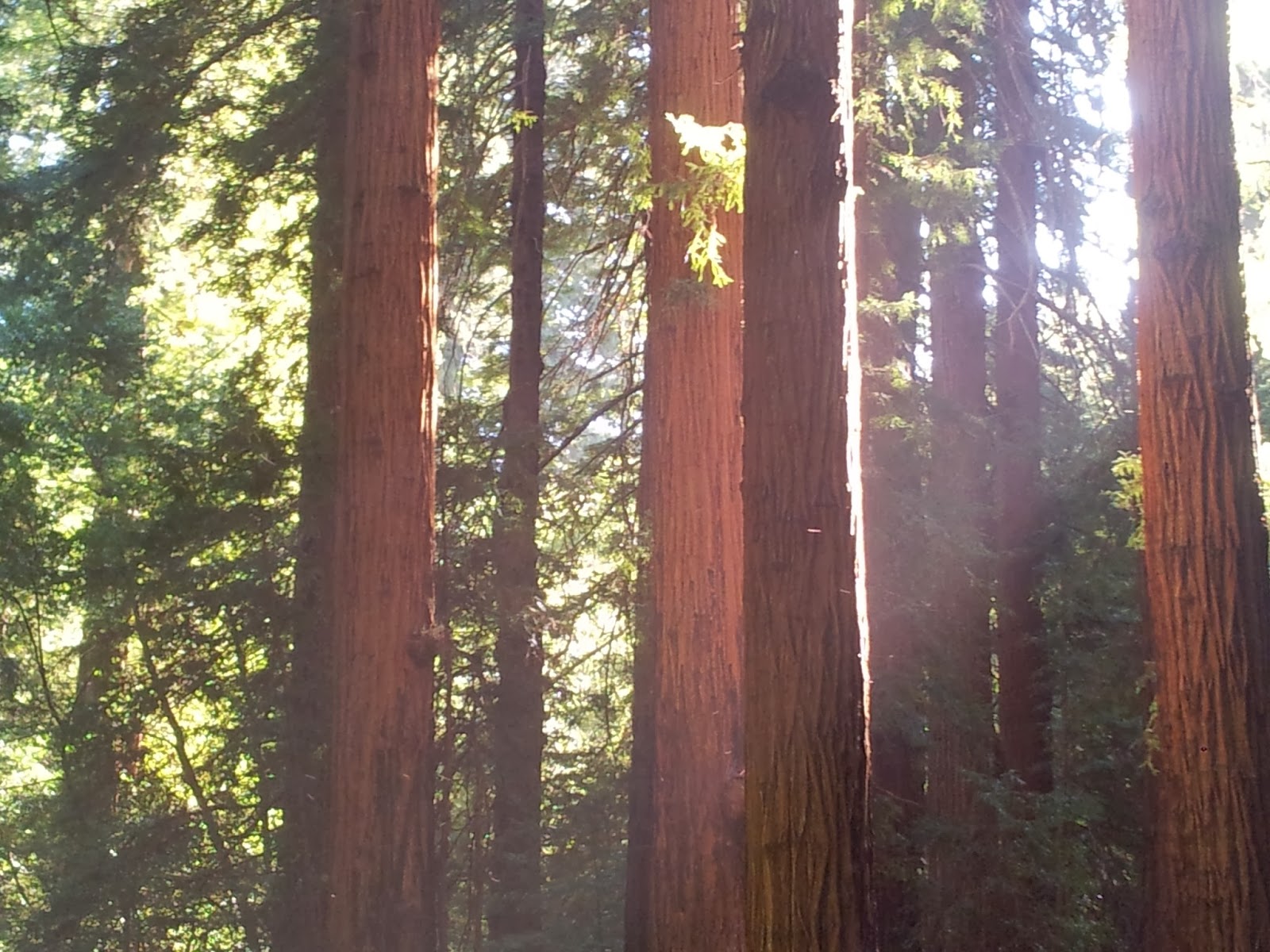 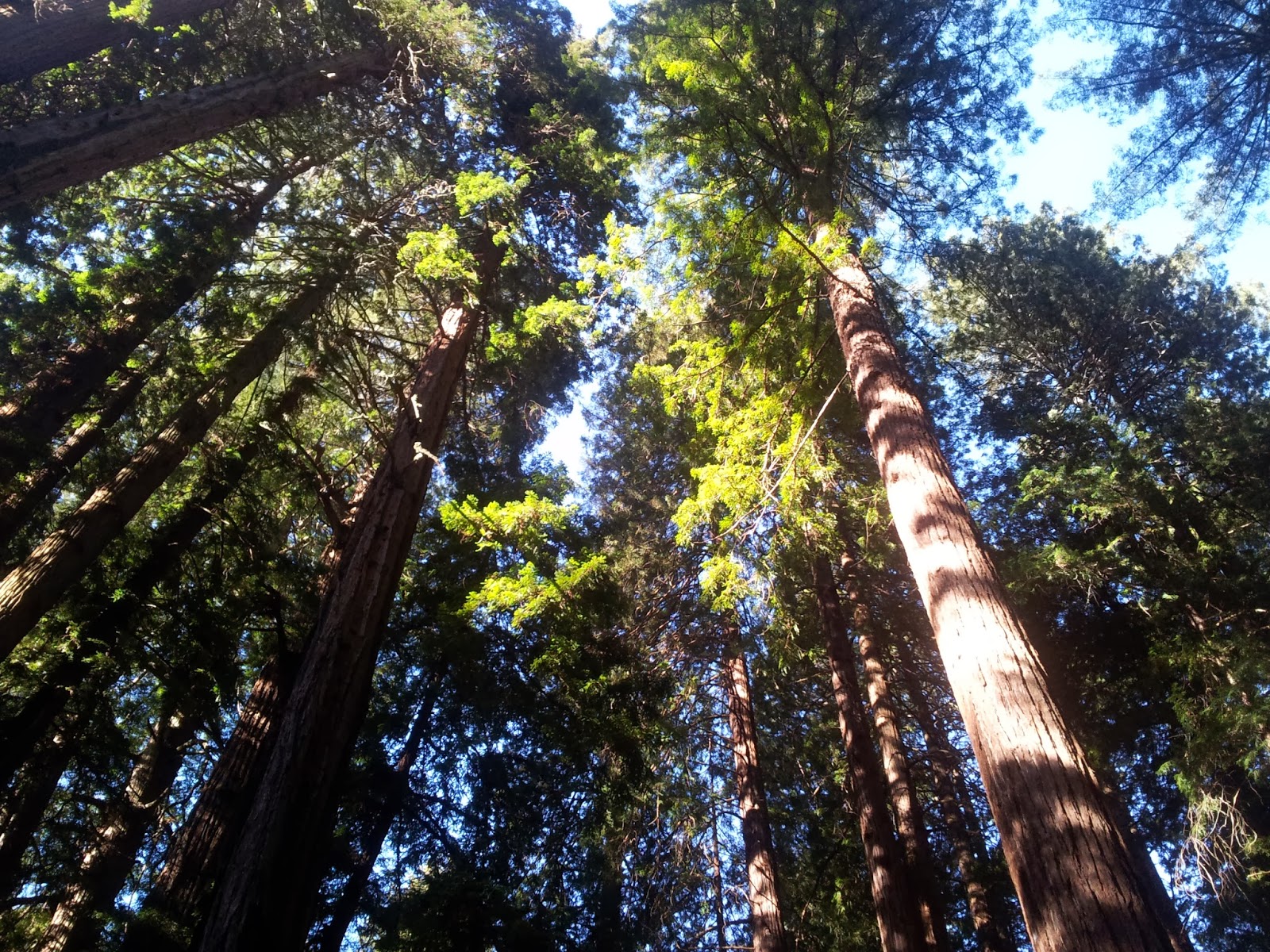 One of my favorite pictures from the trip.
Me & Justin.
Such a great brother!
And, I am lucky to have two cute nephews... one pictured below :) 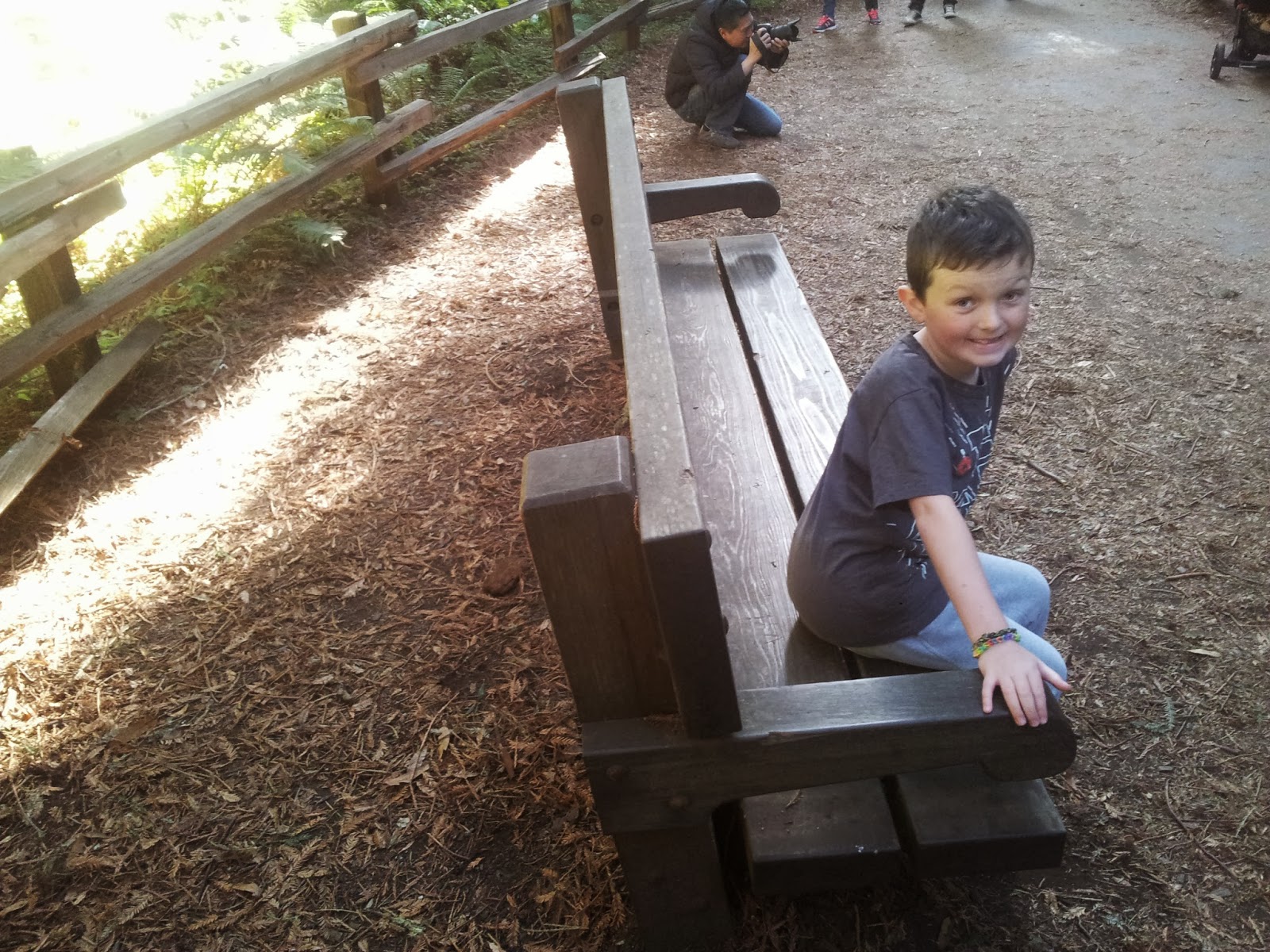 We were so hungry after our time in the woods! But, we had trouble locating anything on YELP that wasn't back over the bridge in San Fran! Luckily, Justin found this GEM of a place in one of the tiny towns. It really was kind of hidden! Fred's Place. A local diner only open for breakfast and lunch. We got there at 2 PM and I think it closed at 2:30, but we didn't realize that until we were getting ready to leave at close to 3 PM. YUMMY food. And they have THE best sweet potato fries. I was in heaven!! 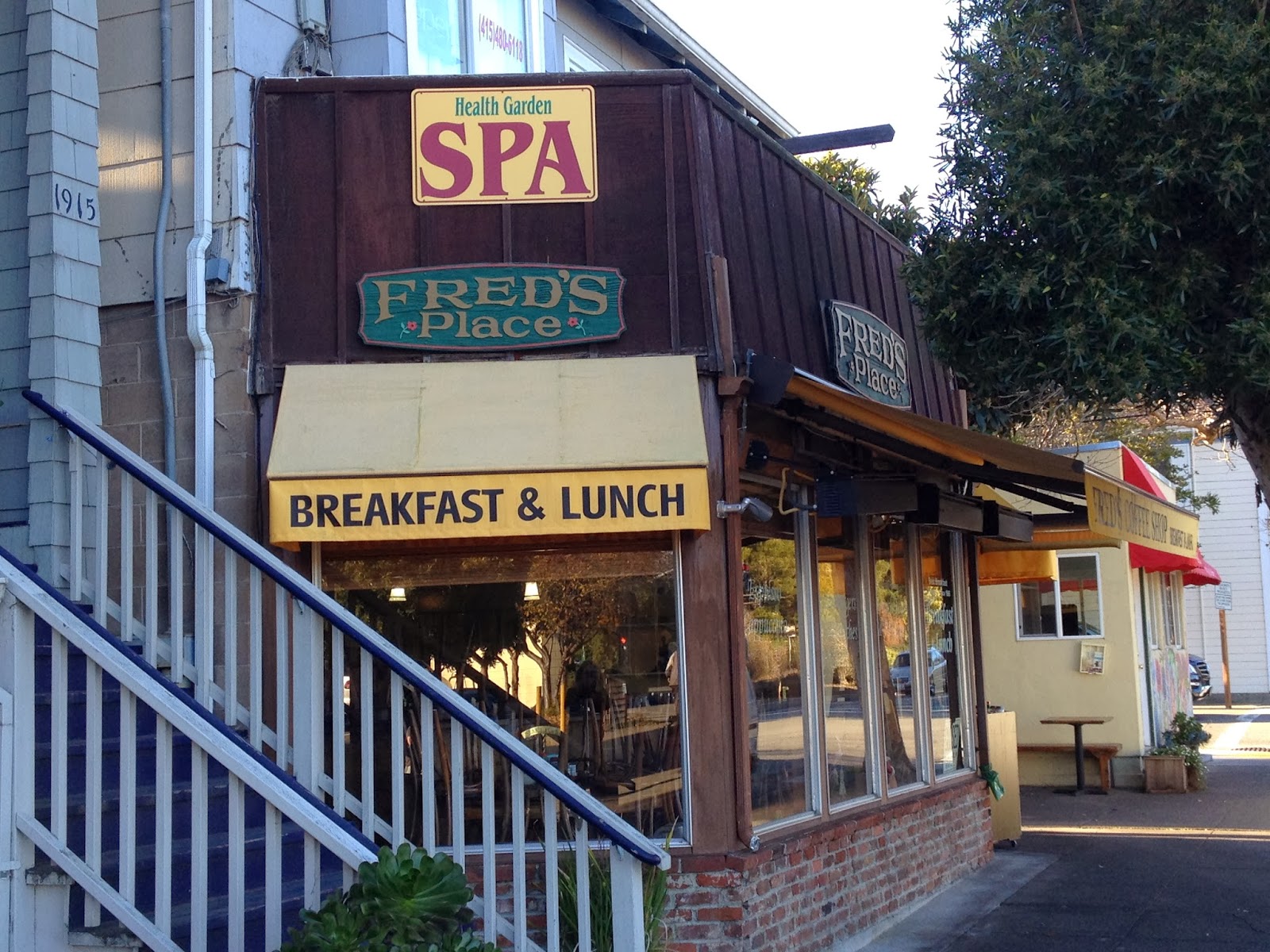 After lunch, we crossed over the bridge and headed to the ocean/beach. The boys loved playing in the sand. I, however, laid down on this ledge/rock thing and just took the best nap in the sun. So great!
I was exhausted when we went home. I was SUPER happy to volunteer to watch Riley and Jace and let Becca/Justin go out for dinner. It was a great day!!!
Posted by Cara at 4:32 PM