March was definitely an exciting month... for both good and bad. Let's start with the good!


Potomac Ward RS won 1st place in our stake bball tournament!
These women rock!
And, have some serious ball skills!

It was so much fun to watch their last few games. They played hard, had a few injuries, but they played so well! And, it was also fun to be among the crowd and to cheer them on with others I know. 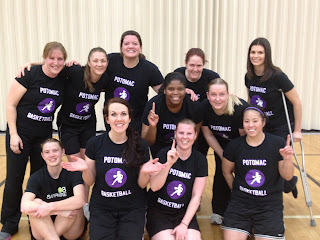 Then, one week was especially rough. Won't go in to details, but it definitely involved many tears and MUCH frustration at things that were out of my control. Mer was so sweet to bring me flowers and brownies! YUM! 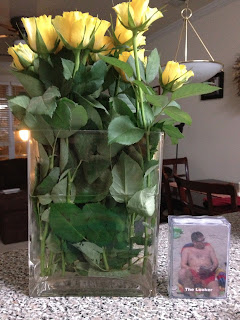 (Notice the little square box to the right? Ha - that's a deck of cards featuring select guys in our ward that my friend made. It's actually an "Old Maid" set where she's the Old Maid and you "go fish" for the guys. Ha ha... and they all have a fake name too that fits most of them or their picture, like "The Looker" or, "The President.")

But, that same week all the drama happened was also the same week my mom passed away last year. Miriam and Misty were so sweet to remember, bring me flowers and to check in on me. They were so pretty and definitely brightened my day! 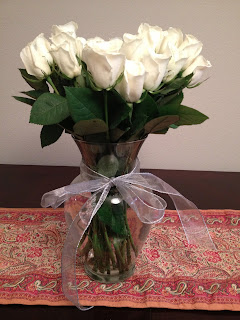 March was also a month filled with birthdays! One that really deserved celebrating was Miriam's! It was a surprise party and it was VERY very well attended!


I loved the color scheme.
YELLOW.
Just makes me happy every time I look at it! 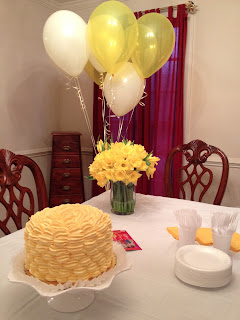 This was the photo booth for people to take group photos and then write a message on the picture/paper for Miriam. yes, props were included! 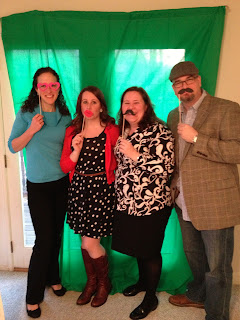 Time for cake!
Miriam was very surprised when she walked in and saw the massive amounts of people in her house!
All smiles :) 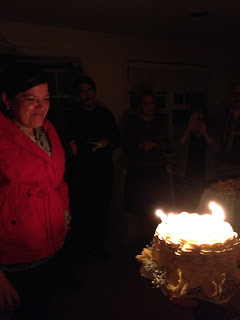 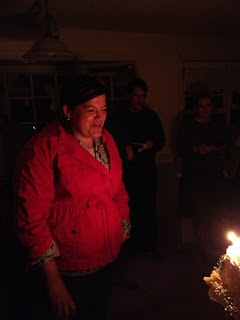 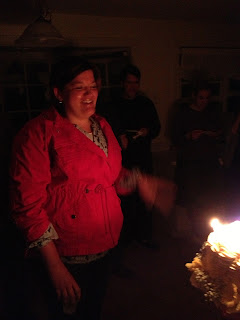