The last week in March I had a very flexible work schedule because the family was away for spring break... and I took advantage!

On Monday, I went to see a few moments of a Supreme Court case. I only did the three minute line b/c I didn't really care to hear the whole hour long case... I just wanted a glimpse of what it was like! It was a miserable, snowy/rainy day, but it was so worth it to be there! I actually made friends with two college age guys in line with me (one from Norway and one from Australia). They were fun and we even discussed the differences  between the US Supreme Court and the one in Norway! I also got to see the Supreme Court Visitor Center and the movie they have there, which is also very informative. I loved it! Later that afternoon I got to grab some hot cider from Starbucks and catch up with Bekah as well! And then a book club meeting later on. Full, but good day!

On Tuesday, it was probably my 2nd most favorite day of the week! I took a short trip to Annapolis to tour around the historic part and to go to the US Naval Academy. VERY cool! Such a pretty day to be there too! Not only did I fall in love with every man in uniform, I really enjoyed walking around their pretty campus and learning about the lifestyle there as well their history! One of the coolest things was the Noonday formation they do right before lunch! Many pictures were taken, but they won't do it justice. 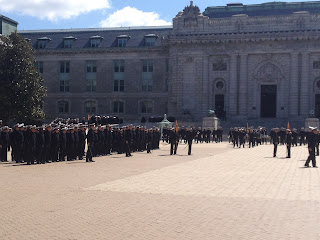 They all gathered out front and did a roll call in their groups at 12:05 PM promptly. 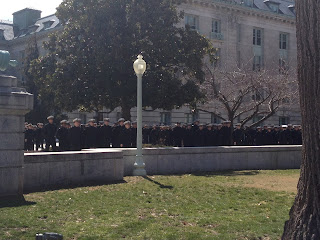 Then there was this flag and sword thing 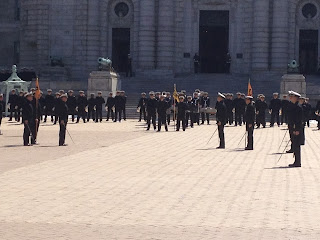 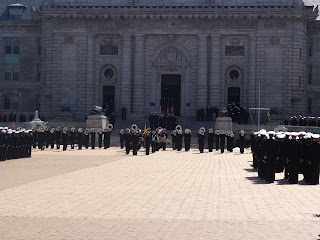 They they marched by groups inside.
They just looked so great all walking together, in a line, all in sync. 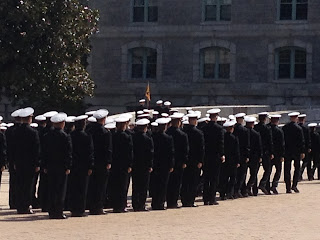 I took this picture below because of the very tall guy who kind of stands out... by a lot. I guess people in the Navy tend to be shorter to fit on the boats and submarines, but not this guy! 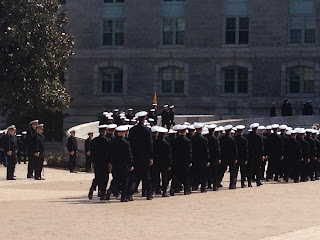 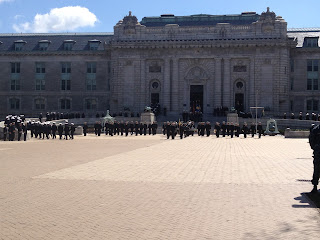 Then, maybe these were the officers... after everyone lined up and walked in, they all walked to the center and marched in together as well. 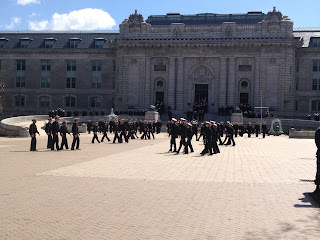 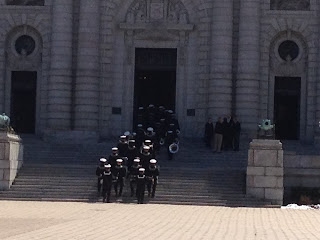 This was outside their main dining hall and entryway - Bancroft Hall 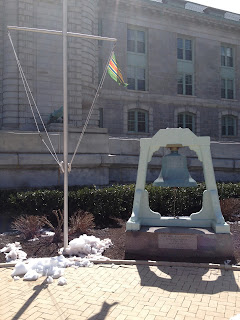 A very cool oath that they take as well 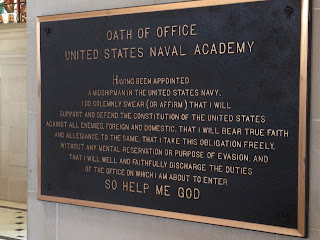 I thought this was funny. They make very good use of space, but I wouldn't want to fall off my bed in the middle of the night! 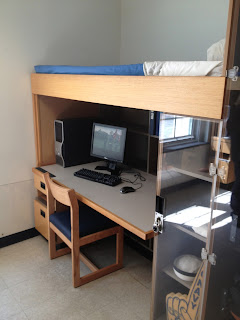 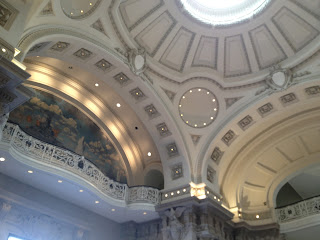 Their chapel on campus.
They also had a synagogue and really tried to make accommodations for all faiths. 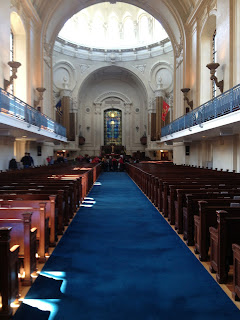 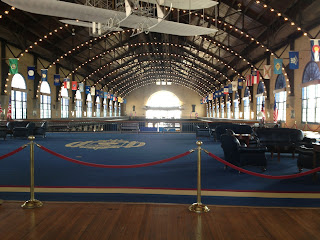 Afterwards, I walked around downtown and drove along some of the streets. You can just feel the history and appreciate the beauty of this amazing town right on the water!

Later on that night I had another book club and a visit by my home teachers. A fabulous day!
Posted by Cara at 5:48 PM