Back on the horse again! Overcoming a fear.

I fell of a horse when I was 11 or so, and have never gotten back on... until a few weeks ago. I had asked for the horse ride for my birthday and my dad had gotten it for me. My nanny, Chris, took me one day during the summer. It was just her, me and the trail guide. All was going along well till we were going along this semi-curvy path and I felt the saddle start to slip to the side. I think my horse was annoyed so she started to trot a little faster and then WHAM... the saddle rotated sideways and off I fell along with the saddle. To make it worse, my back fell right on to a raised rock and I got the wind knocked out of me. When I came to, I burst in to tears. The trail guide realized the strap had come undone on the saddle and broke. Chris tried her best to get me to calm down, but I was traumatized! We ended up walking the horses back to the barn and that was the end of me and horse riding.

I was at a dinner group in June and the subject came up. I was convinced I should give it a try again. Well, this summer I noticed a groupon for a one hr trail ride and mustered up the courage to try again! I emailed some friends and we set a date. It was the PERFECT fall day for a ride. Our drive out there was beyond pretty. I love the colors and smells of fall! And, so great to get out of the city too!

When we got there, we waited for the rest of our group to show up. It was us four, two moms and their kids, and two guides. I got on the horse first! The guide was from Argentina and he was pretty funny, but HE also said AFTER I got on my horse that I had chosen one that was pretty FEISTY! I almost made him get me off and on to a different horse, but I swallowed hard and tried to have a good attitude!

I looked down at my horse and told him to be nice to me :) 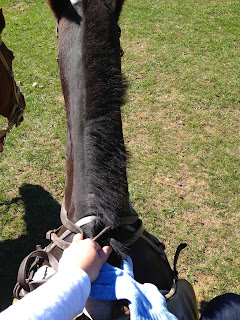 He was pretty! But, I held on tight! 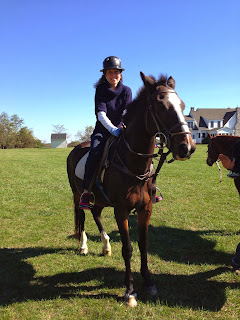 Misty's ridden horses since she could walk.
No fear from this girl! 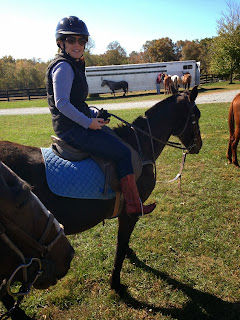 Our group just as we were starting off.  I had started in 2nd place, but my horse didn't like to stay in line, so we quickly got in to 2nd to last place. That was OK though. I liked watching everyone else! 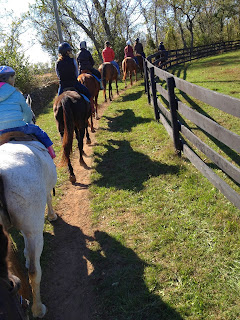 As I said, the day could not have been more gorgeous.
We really lucked out 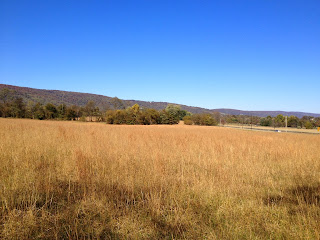 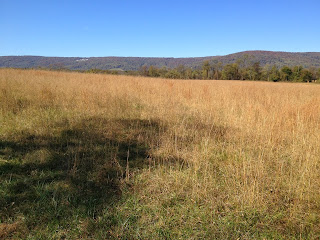 I kind of felt like I was playing the role of a horse back rider pretty well... or maybe even a cowboy rounding up the cattle.... except for the fact that we never went faster than a trot :) 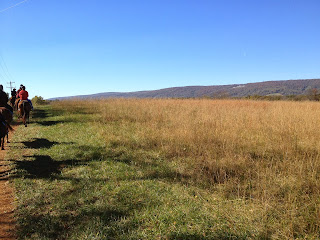 Needless to say I was proud of myself and my courage when we returned to the stable. I loved this picture that Catherine took with the rays of sun shining down as well! 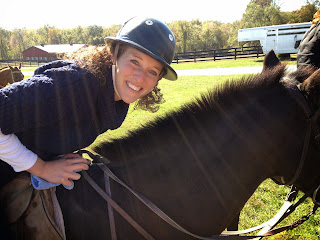 Can't say I'll ever have the desire to own a horse, or to ride one faster than at "trotting" pace, but I had a fun time and was glad to get over my fear of horseback riding! 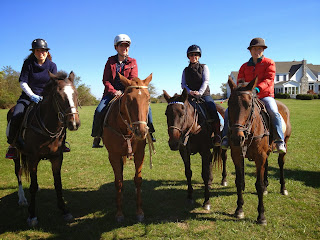 Awesome! I'm scared of horses, too. Maybe I'll give something like this a try!