I am SO behind on blogging. Where did the past three months go since I went on vacation with my family?! Well, I have a pretty good idea, and the time has been mostly well-spent, but I am glad to finally be able to focus on this!

Probably the BEST week of my year was spent in Lake Winnipesaukee, NH with Justin, Evan, their families and Dad & Chris. It was incredible. Pictures won't do it all justice, but at least it will help remind me in the future of everything that made that week incredible!

We all arrived on Saturday afternoon. It was the first time my GOS failed me in finding the location... only because we didn't have very good cell service! (I actually really enjoyed that during the week. I couldn't "be on my phone" because it didn't get service!) So, anyway, I drove up and down the main road a few times (even stopping to ask directions and no one could help). Finally, I found a lady who let me use her computer to get detailed directions. What did people do before computers??

Anyway - I found it and it was beautiful! Great view of the lake from my room. Just incredible all around. The first night, Evan agreed to watch Justin's boys so Becca, Justin and I could go to a Journey concert! It was outdoors and it was awesome! Such great tunes and fun to be outdoors enjoying it! 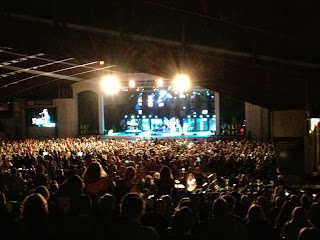 Little did we realize that the open seats we found were in the smoking section. Luckily, we were outside, but it still smelled terrible! The music on the other hand - awesome!

Here's the morning sunrise view from my room. Doesn't get much better than that for a morning wake up call! The only problem is that the sun was up around 5:30 Am and the room didn't have any curtains. So, that meant I was up at 5:30 AM! 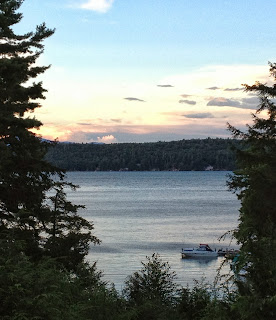 Sunday, after church, we spent some time out on the water after Evan and Justin picked up the Motor Boat. Then, I headed with Justin, Becca and Riley to play mini-golf. It was a pretty sweet course! 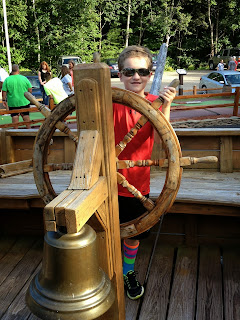 I love this picture of Riley and I.
And yes, it was the beginning of August but I was cold enough for a sweatshirt! 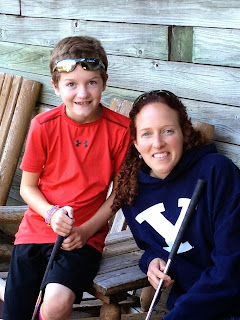 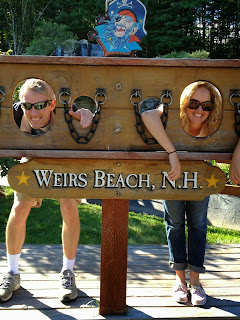 That evening we all had dinner back at the house. Dad & Chris had brought some yummy food from RI and we had an enjoyable evening all together at the house. I am so glad we decided to all stay together and rent a real home rather than staying in a hotel. Totally made for a much better experience as we got to spend more time with each other!

Monday morning was a little cloudy, so most of us went to Wiers Beach. It had an arcade for the kids, go-carts and other fun stuff. I let Holland play on some of the rides. I don't think she liked this one very much! 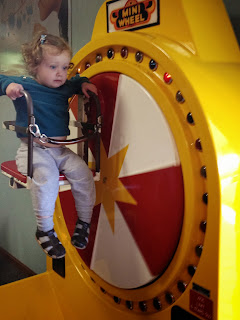 And, I think I mad more fun on this one that she did! 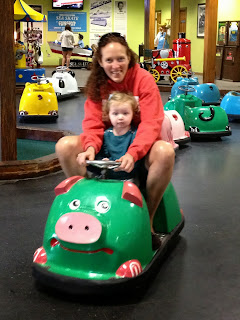 Dad, Justin, Jace and Riley had a lot of fun go-carting. Dad was always a little behind the other two cars! 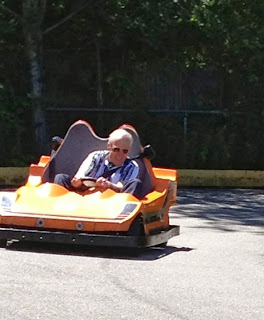 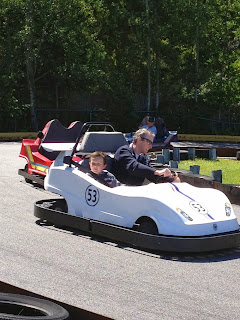 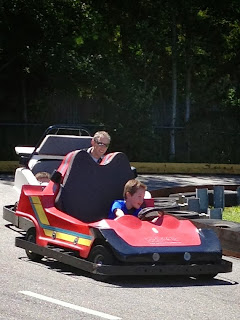 Then, that afternoon it had completely cleared up and we went out on the boat! The lake was so beautiful! I truly enjoyed just sitting on the boat, soaking in the sun, and watching others get tossed around on the tube! 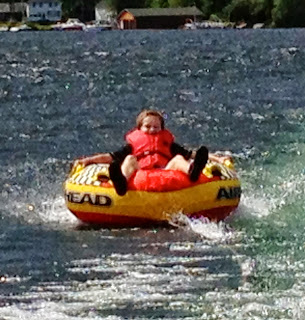 Almost everyone tried water skiing, but I decided to stuck with tubing. Vacation is for rest and I find water skiing to be hard!! 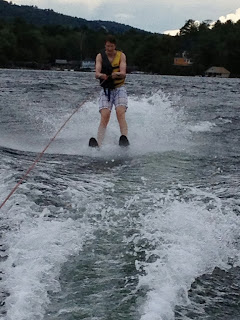 Evan was great at everything he did. Justin too. 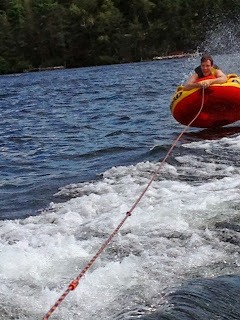 That's my face after going on a WILD ride. My arms were so sore as I held on and my legs and body flew through the air as I went over bumps and waves. It was fun though! 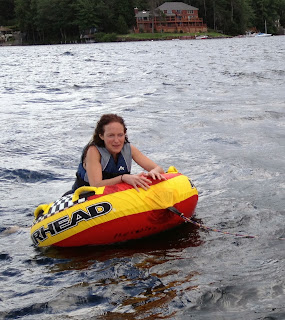 Two of my favorite people. All smiles on the boat! 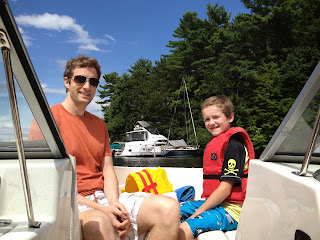 What a cute smile he has.
Such a fun, enthusiastic, and GOOD boy! 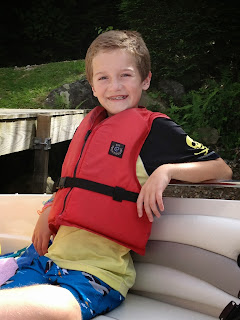 Monday afternoon I decided to take "a little" hike on a trail close to the house. Well, the little hike turned in to over two hours and I got scared on the way up because I couldn't find the trail markers and the trail got very rocky and steep. I know I was off the trail for a while, but it led me to this site. Beautiful views! I didn't make it to the top because I lost the trail markers, but also because it was getting late and I didn't want it to get dark before I got down the mouton! 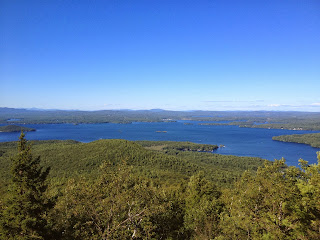 Monday night I watched the four kiddies while their parents and my dad and Chris went out to dinner.  I love being their aunt :)
Posted by Cara at 9:08 PM