The last few weeks of August the kids didn't have any camp, so it became "Camp Cara". I went online and found something fun for us to do everyday! It's summer, but they were pretty tired of the pool so we went elsewhere!

This one was a BIG hit! It's probably the coolest mini-golf place around. Seriously... moving exhibits, water sprays, some scary, some funny. It was awesome. They also had batting cages, which everyone enjoyed! 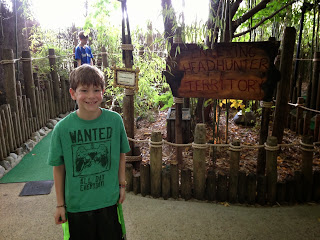 Yes, these monkeys would swing back and forth :) 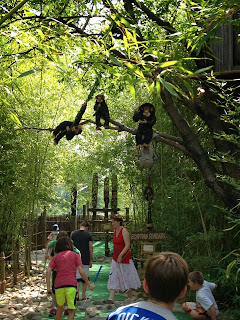 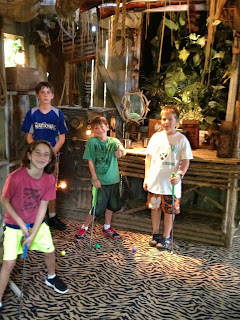 This Alligator would pop out every now and then and spray you! 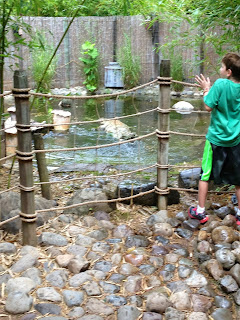 The next day I took them to Baltimore. We went to the Babe Ruth museum and the Sports museum... something I knot both the boys would love. Ava enjoyed it too. As a matter of fact, so did I! Babe Ruth was pretty great. A legend. Made me think of "The Sandlot" which I also love :) 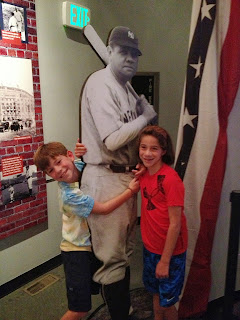 I then took them down to the harbor and we toured a very old ship. The kids learned about life on the ship and I was grateful I wasn't born in that time period and have the luxuries we do now. I don't think I would have lasted long on it! 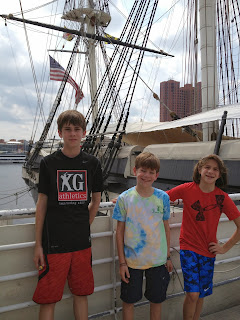 So, the kids love Mexican and I do too. I went on Yelp and found the best restaurant in the area... little did I know it was located in a bit of a sketchy area... in the back of a Mexican grocery store. Def somewhere their parents would never take them, but we LOVED it. And, it was 100% pure authentic Mexican!! I had to get a picture outside of it. 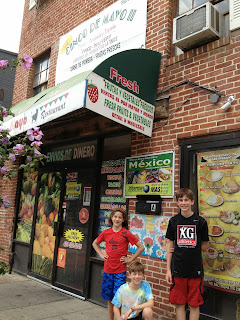 One of my favorite shots with the twins.
Just as they're off to golf lessons :) 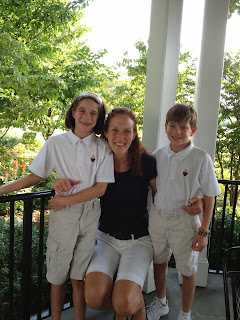 It was a very fun summer, but I was happy to get back in to a schedule and school!
Posted by Cara at 9:30 AM