So, recently I was able to take a day excursion
back to my old stomping ground

to visit some of my favorite boys :)

I flew on a teeny, tiny plane to Hyannis (only 17 minutes long!... and more on that in another post) and then rented a car. I can't express how fun it was to get on the highway and drive! Here on the island, I never get to go above 35 mph, and it's all stop & go or stop, turn, and then go. But, on the highway, I just GO!

I arrived in time to pick them up from their half day of camp. It had been just over a year since I said goodbye to them and seeing them again made me smile! They gave me a hug and then showed me all the cool things they were doing or making at their camp!

We then went to one of mine (and their) favorite spots for lunch - Chipotle! On the way I got all the updates on school, friends, sports, summer fun, etc. They both have such great, positive attitudes and are so enthusiastic! They're also polite and get along well with each other, so the entire afternoon was a treat for me to be with them! 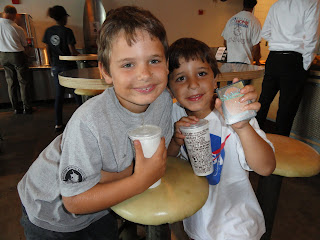 I miss these smiles!

Jeremiah is holding up some cards for some game. I never quite figured out what it was or how to play, but the boys love it!

After a yummy lunch, we headed back to their house because they wanted to show me a few things.

They've turned their downstairs basement in to a little workshop area for each child, and another location for the band!

Here are some of Leo's impressive "builds" from his Legos. I can't even imagine the hours he put in to doing it! But, I was so impressed. A pirate ship, a castle... and on and on

Then, Jeremiah and Leo wanted to show me their skills on their instruments. Leo is learning the drums and Jeremiah is playing the piano. Leo played some and then let me try. Drums are harder than I thought! Jeremiah then played a song for me. I was so impressed by both! 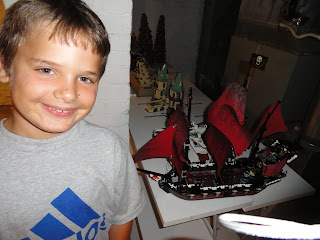 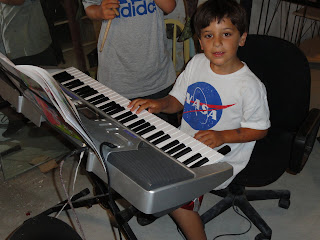 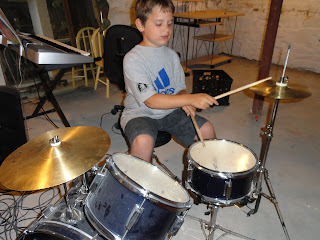 Afterwards we played some baseball in the yard (until we lost all the balls in the bushes and no one wanted to go after them!) and some basketball. Then we moved inside to build some dominoes and read stories.

It was such a fun afternoon and I was sad to say goodbye, but I had to get back. I got big hugs before I left though. Sadly, on my return drive, it was more stop and go (with a lot of stopping) as it was rush hour, but I did get there in time for my flight!

Such a great day!! I hope I get to see them again in a few weeks!

On my way out, I stopped by to take a picture of the church I used to meet in. It burned down in May 2009. I happened to be inside in our Sunday service when it started. It was incredible to watch it burn from start to finish.

The churches in the community provided our congregation a space to meet for a while. But, I was very happy to hear that the church was rebuilt and dedicated recently! It wasn't open when I got there, but it was wonderful to even just stand outside and look at it. Such wonderful memories of my time there! 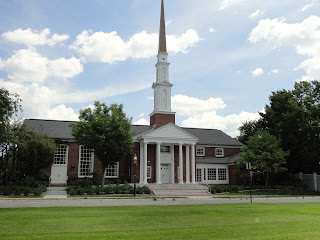